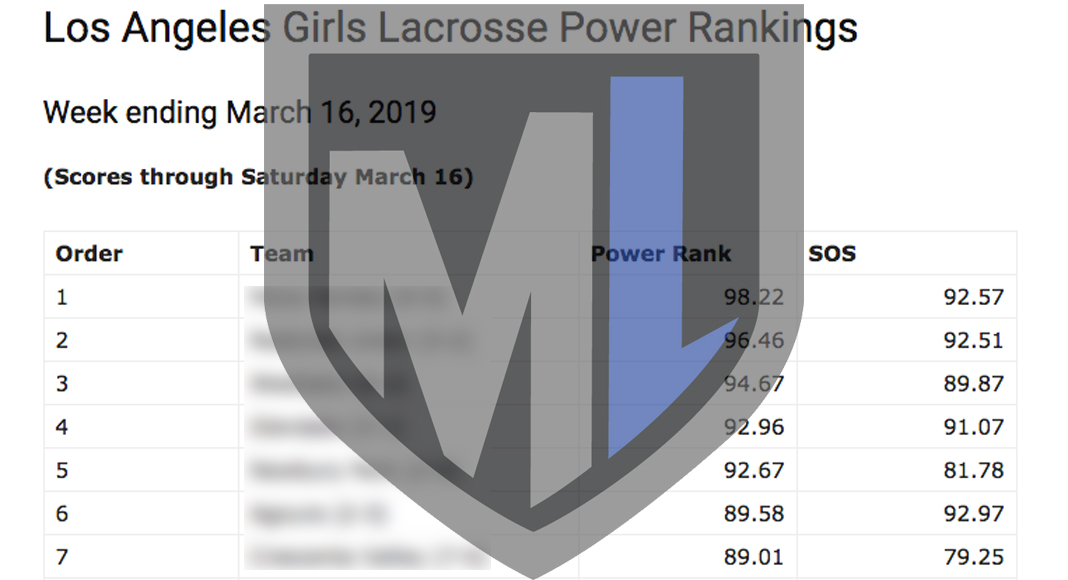 The algorithm did produce a couple of interesting rankings that deviate from the coaches poll significantly. Newbury Park, for example, is No. 9 in the coaches poll but No. 5 according to the power ranking, although it should be noted the Panthers (2-0) showed only two game results through Saturday, when the calculation was made. Friday’s home game against No. 3 Westlake should provide more insight into the Panthers.

Marlborough, too, is rated much higher by the algorithm at No. 8 than by the coaches poll, which has the Mustangs (2-4) ranked No. 17. Losses to Westlake, Glendale, Crescenta Valley and Chaminade — all Top 10 in the power ranking — prevented Marlborough from dropping far in the calculation.

In contrast, three teams ranked in the Top 15 of the coaches poll were ranked lower by the algorithm — Oak Park, Downey and Palisades.