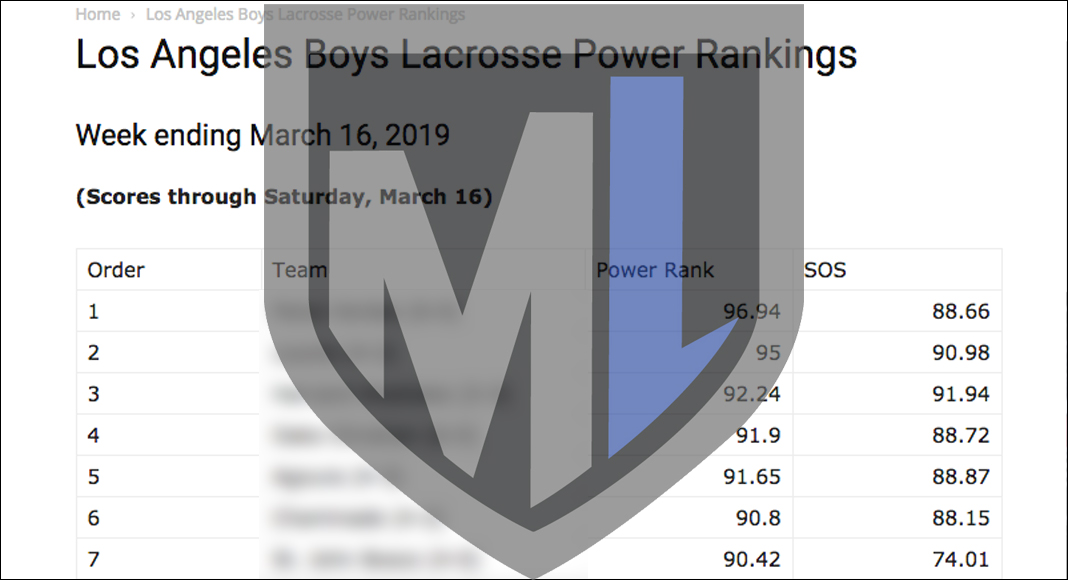 In the initial calculation, the MaxLax LA Boys Lacrosse Power Rankings look remarkably similar to the coaches poll Top 20 released Monday, with Palos Verdes and Loyola ranked No. 1 and No. 2.

Newbury Park, West Ranch, St. Francis and Peninsula are among the other teams ranked higher by the algorithm than by the coaches poll. Palisades, Crespi, Thousand Oaks and Village Christian are among the teams whose mathematical ranking is lower than their coaches poll rankings.

Have questions or comments about the new feature? Contact us at news@maxlaxla.com.