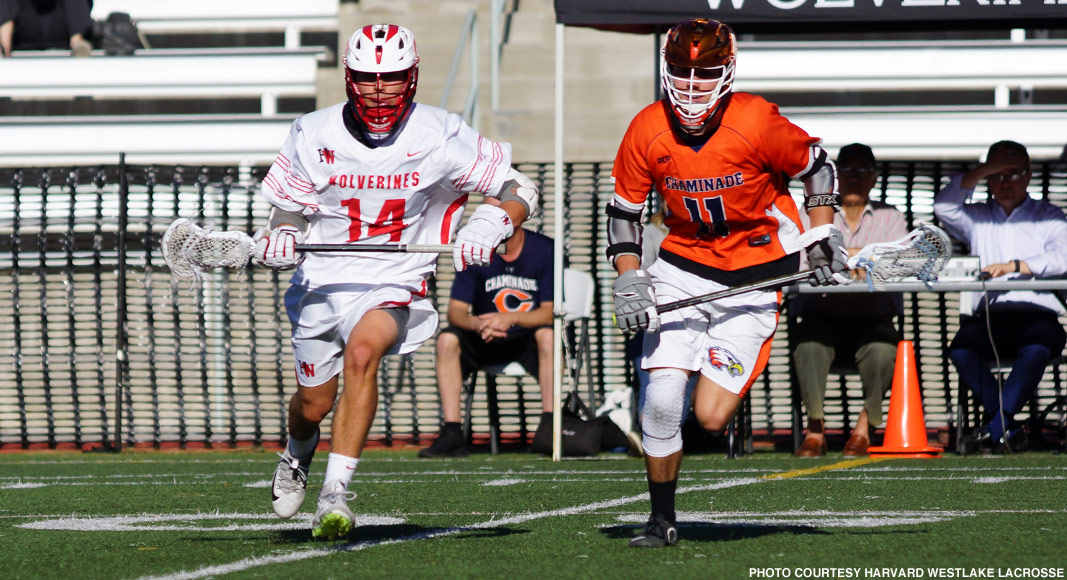 Harvard Westlake and Loyola, the Nos. 2 and 3 ranked teams in the MaxLaxLA coaches poll, advanced to Saturday’s Mission League title game with semifinal victories in the league tournament Wednesday.

The Wolverines, the only LA team to beat Loyola this season, battled No. 8 Chaminade for a 13-9 victory to advance. Loyola ran out to a 13-0 lead and beat No. 12 Crespi 14-4 to earn a second matchup with Harvard Westlake.

Senior Asher Early scored four of his five goals in the fourth quarter Wednesday — two of them during a two-minute extra-man opportunity to open the period — to boost the Wolverines (9-3) to their second win over the Eagles (6-8) this season.

Until that fourth quarter, though, the teams had been neck and neck.

Harvard Westlake led 1-0 after one quarter, 4-3 at halftime and 8-7 after three. But Early’s two quick goals to open the fourth gave the Wolverines some breathing room, opening up a three-goal lead with 11 minutes to play. He scored again with 7:58 left to all but put the game out of reach at 11-7.

The Cubs (11-4) won their eighth in a row since losing to Harvard Westlake 10-8 on March 20, shutting out visiting Crespi until the fourth quarter while building a 13-0 lead.

After facing Harvard Westlake on Saturday, the Cubs will prepare for their annual rivalry game with No. 1 Palos Verdes, scheduled for Tuesday at PV at 3:30 p.m.

Information for this report was provided by Harvard Westlake Lacrosse and culled from the @LoyolaLax Twitter feed.