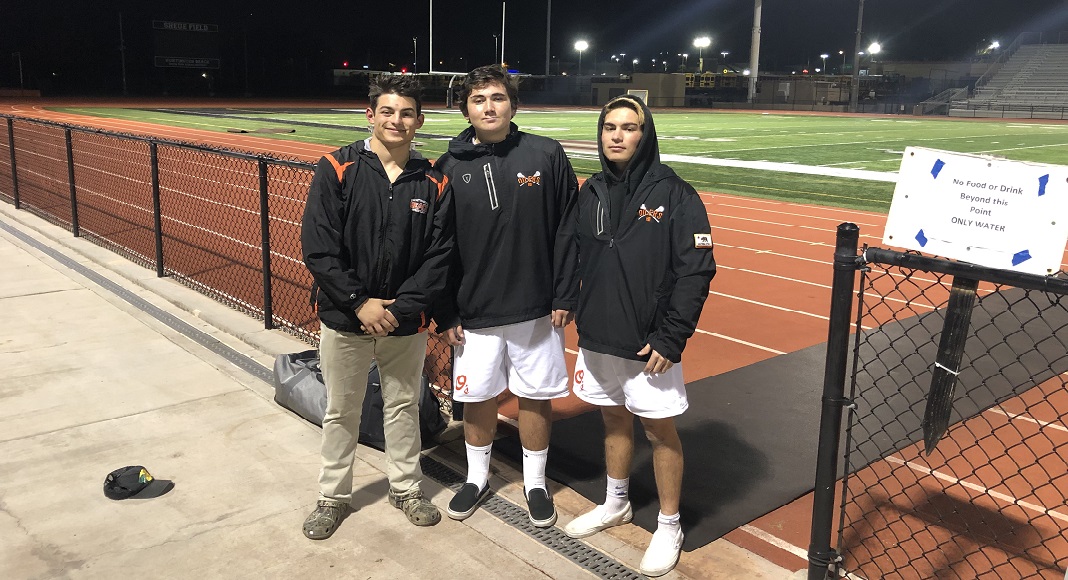 “It really showed that actually possessing the ball, getting our looks, doing our plays and just dodging, rotating, getting the right look at the right time showed success,” Oilers coach Michael Lacy said.

While the Oilers never trailed in the game, early on, it was close.  The Oilers (3-1) scored the first two goals of the game and clung to 4-3 at the end of the first quarter. The Diablos (0-4) were coming off of a triple overtime loss to Capo Valley on Thursday and appeared determined to earn their first victory.

The Oilers’ offense continued to find ways to score in the second half with Dylan MacDonald and Jacob Alkire leading the charge. Both players wound up finishing with four goals. One of MacDonald’s goals was assisted by his little brother Brody MacDonald.

While leading 10-5 heading into the start of the fourth quarter, Nico Demonte won the quarter’s opening faceoff for the Oilers, and found Brody McDonald who scored, only taking seven seconds off the clock. Both team found the back of the net one more time each, as the Oilers marched off the field in victory.

While the Oilers have found early success, Lacy said his team needs to play “meat and potatoes lacrosse” and get it done on the field,

“Just basic, making sure you shorten those passes , making sure you shoot over the top, follow through hard and dodge hard with your head up,” Lacy said in regards to his definition of meat and potatoes lacrosse. “Don’t try to go through two, three guys, don’t try to do the crazy shot. Make it easy, make it the basics.”

In addition Alkire and Dylan McDonald’s gameplay, Brody McDonald and Zach Italasano had two goals apiece, with one of Brody’s goals being assisted by Dylan. Goalie Louis Penaflor made 14 saves.

Lacy said that Penaflor has reached double digits in saves in all four of the games the Oilers have played.

For the Diablos, Tyler Shamus led the way with two goals while Paul Rubio, Cesar Alverado, John Kroger and Grant Maxwell each had one apiece. Miguel Panagua made six saves.

Up next for the Oilers, a home game against Woodbridge on Monday. The Diablos play El Toro at home on Wednesday.