The Huntington Beach boys lacrosse team experienced its first out-of-state trip when it visited beautiful Colorado during Spring Break.  This trip will occur every other year under head coach Ryan Kelaher.

Coach Kelaher’s  goal is to provide his players with exposure to advanced competition, an opportunity to tour the campuses with successful NCAA Division 1 lacrosse programs, and see some of the finest college lacrosse teams compete.

Kelaher put together an impressive itinerary that his players will not forget.  He coordinated schedules with the coaching staffs at two Colorado high schools: Air Academy High School located within Air Force Academy and Denver East High School to play competitive contests.  Both are top programs in Colorado.  While there, the Huntington Beach Boys lacrosse team was able to walk the campuses of the Air Force Academy and the University of Denver.

The first full day included a memorable visit to the United States Air Force Academy where the Oilers escorted by a cadet around the Academy.  The Oilers practiced in the Holaday Athletic Center for a throw around in preparation for their game versus Air Academy High School.

The players learned first-hand how difficult it is to acclimate and play at higher elevations and lost to Air Academy, the first game of the Denver trip. Following the game was a “meet and greet” dinner provided by the Air Academy Lacrosse Boosters.  The Huntington Beach lacrosse program would like to thank John Mandico and everyone who helped provide the Oilers with a great experience.

Next on the itinerary was a game against Denver East High School.  Coach Kelaher coordinated a great matchup with former Hofstra teammate Sean McCarthy and his East High School team.  Lacrosse in the Denver region has been around for over 50 years and the Orange County kids had to adjust to the 38 degree cold and wet weather. The Oilers fell once again in a tight match up, losing 11-7.

One of the most lasting moments of the trip took place on the final day. The Oilers watched nationally ranked Denver Men’s Lacrosse team (No. 2) defeat the then ranked Providence (18) Friars 12-2. DU clinched their fourth consecutive BIG EAST Regular Season Championship and earned the No. 1 seed for the BIG EAST Tournament. 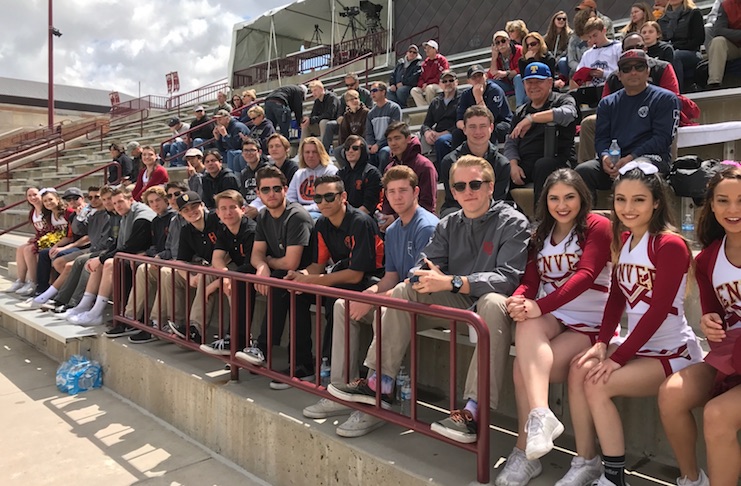 We wish good luck to both the Air Force Academy and University of Denver in their upcoming NCAA Division 1 Tournament games and we will be cheering them on from Southern California.

After the match nineteen tired lacrosse players and their coaches headed to the airport to fly back to sunny California. This was surely an experienced that will not be forgotten for the 2017 Sunset League Champions. 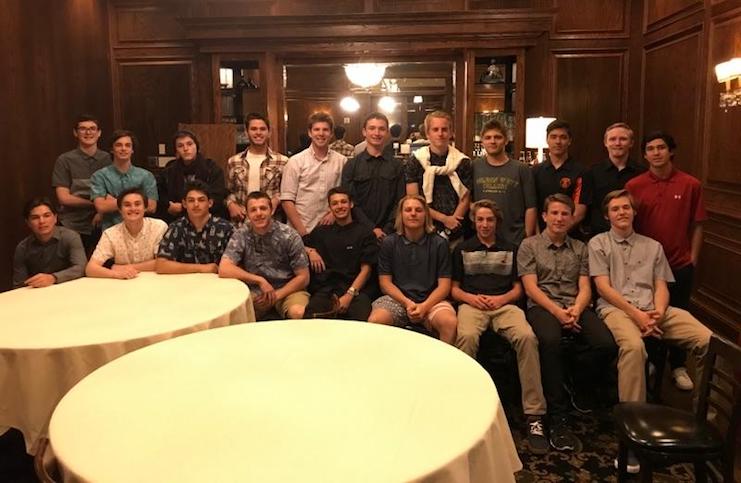