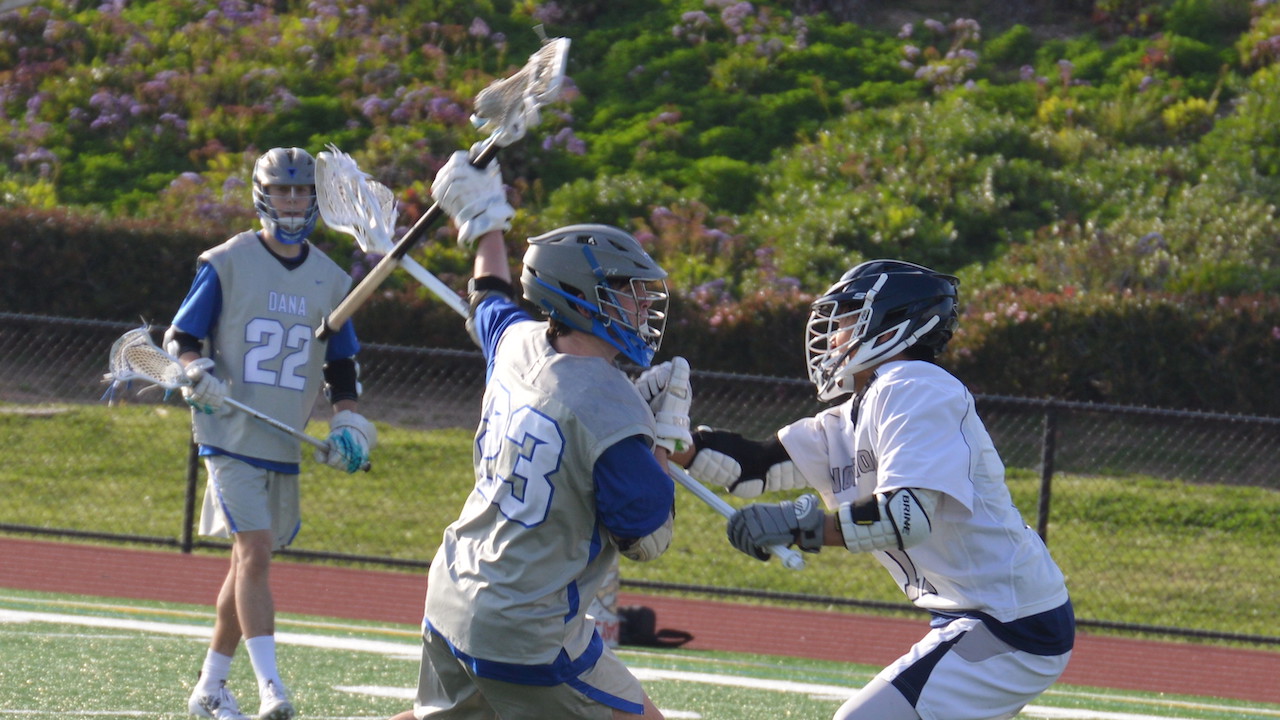 The game was a trade-off of goals throughout the first three quarters and it was not until the final 12 minutes that the Dolphins were able to create some separation and secure the win.

The two teams were knotted at 2-2 after the first quarter but the Dolphins led by Hubbard turned it up a notch in Q2 and pulled ahead to lead at the half 7-4.

The Timberwolves took their turn at controlling the ball putting in four goals in the third to end the quarter at 8-8. Te Northwood defense was equally impressive in the third quarter and kept Dana from holding possession with their ability to cause turnovers and regain possession.

Fortunately for the Dolphins, they were able to regain the momentum as quickly as they lost it and goals from sophomore Grant Smith (1g, 1a) Tommy Andraos (1g), Mason Morrow (2g) and Sam Martin (2g, 1a) the Dolphins sealed the deal with a final score of 12-9. The Dolphins were anchored by their team of goalies, Matthew Mooney and Raleigh Damore making key saves to keep the team in the game.

“It was a great game back and forth,” said Cooper. “We went man down for three minutes early but only surrendered one goal. I believe this was a big confidence booster for our defense and team as a whole. The offense was able to adapt to seeing a new aggressive defense and continue to move the ball and score. The biggest challenge we encountered was at the faceoff. But just like it was throughout the game, the boys were able to talk to one another, make adjustments, and win at the faceoff in the second half. Moving forward, we will continue to support one another and grow as a lacrosse team.”