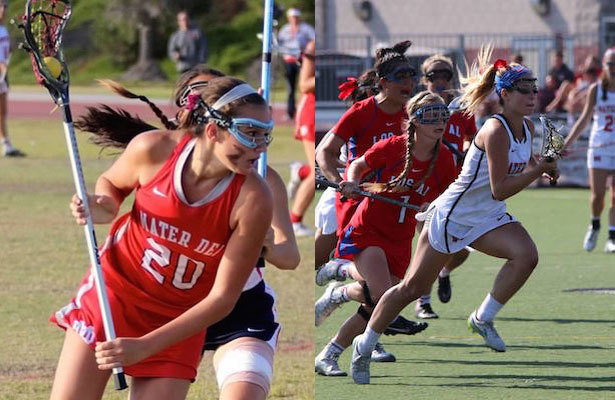 Mater Dei High School sophomores Grace Houser (University of California, Berkeley) and Kenzie Wallevand (Fresno State) were selected to represent the West in the 2015 Under Armour All-America Lacrosse Classic, July 3-5, 2015 at Towson University in Baltimore, MD. Houser and Wallevand were the only two Orange County players selected for the 24-person West roster.

Houser is a two-time First Team All-County honoree, and was named Offensive MVP for the Trinity League and the Monarchs in 2014. She finished 2015 with 70 goals, 15 assists, and 41 groundballs.

Wallevand has been named a scholar athlete for both of her varsity seasons, earned First Team All League honors in 2014, and was named Second Team All County this past season. She finished 2015 with 55 goals, 19 assists, and 40 groundballs.