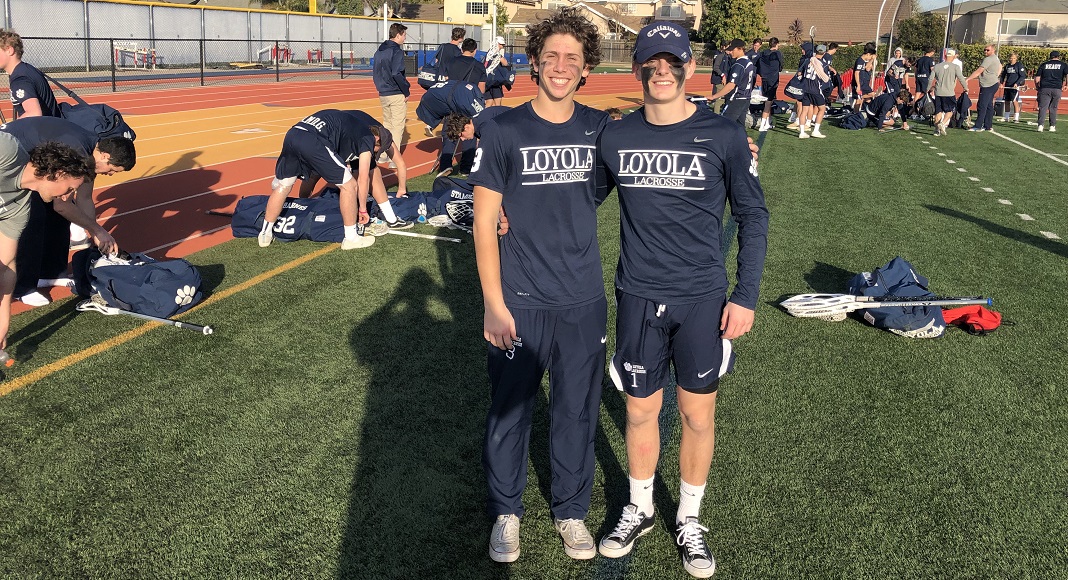 Los Alamitos – The Loyola boys lacrosse team began its quest for a fourth straight Southern Section title with an 8-5 win over Foothill on Saturday at Los Alamitos High School in the OC Invitational. Alex Horowitz scored three goals to lead the Cubs.

“It was a little bit sloppy on both sides of the ball. I think emotions ran pretty high. I think we were fortunate at the end of the day to put more balls [in the goal] than they did,” Cubs coach Seth Cohen said.

The game was very chippy and physical, as neither team gave an inch.

A Foothill goal from Troy Hofer made the score 4-3 at the 7:03 mark of the third quarter. But a Cubs goal Horowitz from pushed Loyola’s lead up to 5-3 heading into the fourth quarter.

The Cubs started the fourth quarter by scoring two straight goals in the first 47 seconds thanks to Speed Fry and Horowitz. The Knights got no closer than three goals, as the Cubs celebrated their victory, winning their 10th straight game dating back to last year.

Horowitz finished with four goals for the Cubs, who got two goals from Owen Gaffney and one goal apiece from Matt Garvey and Ronan Gallagher. Will Parducci made 15 saves for the Cubs.

“Overall, I felt like the attack unit needs to do a little bit of a better job under pressure. He [Parducci] really took control of the defense. We’re really fortunate to have him back there and is a big part of the reason we won today,” Cohen said.

“That’s really the tale of the game [the turnovers], between clears and simple exchanges. The stickwork wasn’t there today and it came back to bite us,” Knights coach Jon Fox said.

Despite the loss, Fox said that were a lot of positives, mainly coming from the defense.

“We have a very young team, more than half of the starters are underclassman, sophomores and freshman. Defense had a bunch of takeaways, man down was fantastic. It’s good to get into these big time games early,” Fox said.