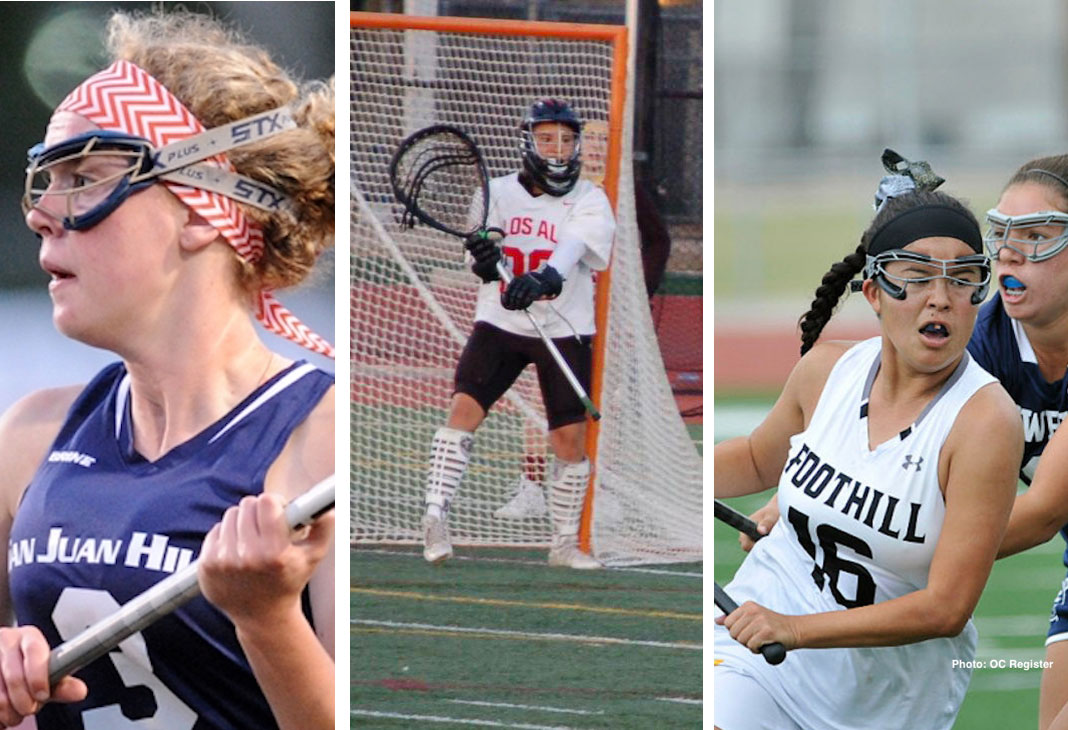 Trabuco Hills unloaded with 29 shots against Los Al in the season opener, but could only get nine past Hornung, helping Los to the 11-9.  A few days later Hornung held Esperanza to five goals in a 5-4 loss.

Welter led the Stallions to a 1-1 start with a total of four points (2g, 2a), eight groundballs, and three takeaways.

Williams was as consistent as she was impressive in the first week of play for the Knights.  She scored six goals in each of the Knights first two games, to help Foothill get off to a 1-1 start.