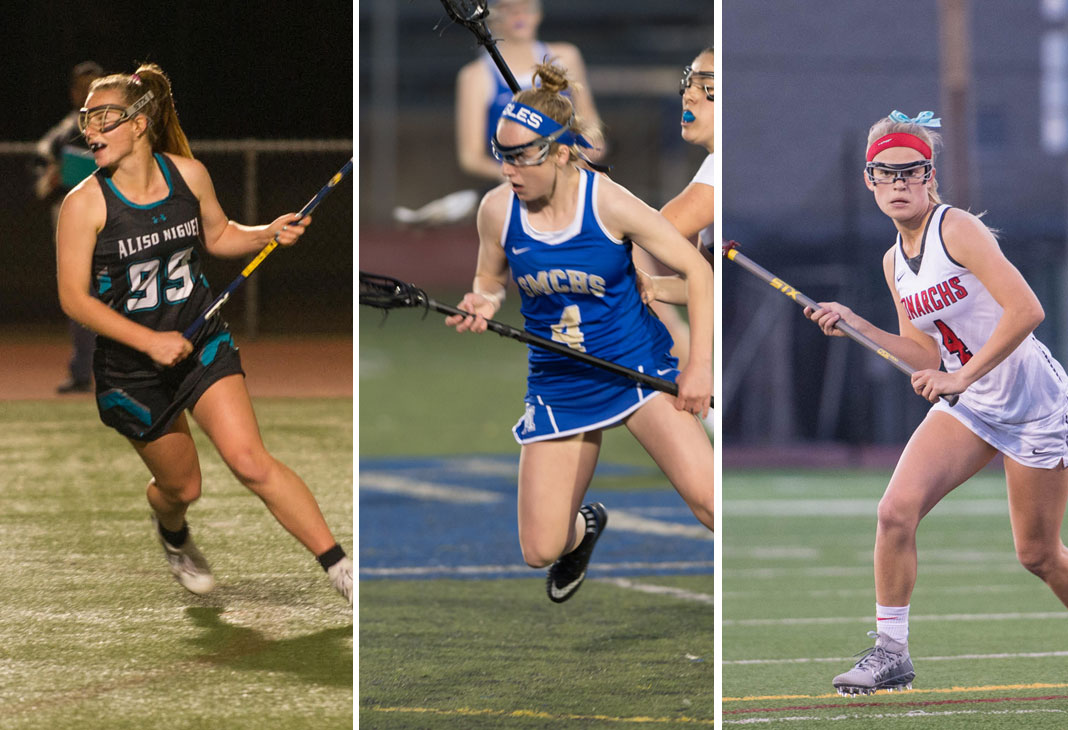 Always a prolific goal-scorer (67 goals in 2017), Mason has added a new dimension to her game this season. “She is leading our team in assists this year which is a huge addition to her well-rounded level of play,” said coach Dave Elkins by email.

Murphy jumped all over Tesoro on Thursday, scoring three goals in the first five minutes, to give the visiting Eagles a commanding lead that they would never relinquish.  Murphy’s impact was not limited to the offensive end of the field, she also stood out on defense and draws.

The sharp-shooting Smith is off to a red-hot start for the 3-1 Monarchs.  According to MaxPreps she is averaging 4.3 points per game on 11 goals and 6 assists and is hitting the twine on nearly 65% of her shots.