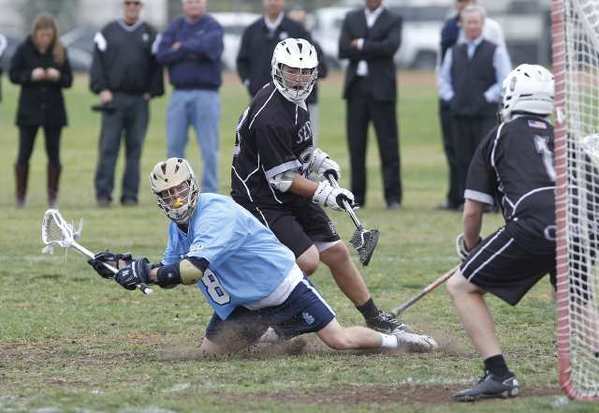 Two-time All-County attacker Jack Ortlieb (Corona del Mar High School) was one of 16 freshmen officially welcomed to the College of the Holy Cross lacrosse team by head coach Jim Morrisey in a press release this week.   Ortlieb tallied 115 goals and 46 assists in his final two years at CdM.   Jack joins brother Michael, who is a sophomore goalie, as a member of the Crusaders lacrosse team. Michael played in 11 games and made 10 starts for the Crusaders last year.  He ranked second in the Patriot League with a 11.55 saves per game average, while finishing the season with a save percentage of .525 and goals against average of 10.77.  He also won the team’s Joseph M. Murphy III Rookie of the Year Award and was named Patriot League Rookie of the Week for his performance against Navy last St. Patrick’s Day. Jack will wear number 30 for the Crusaders while Michael is numero uno.