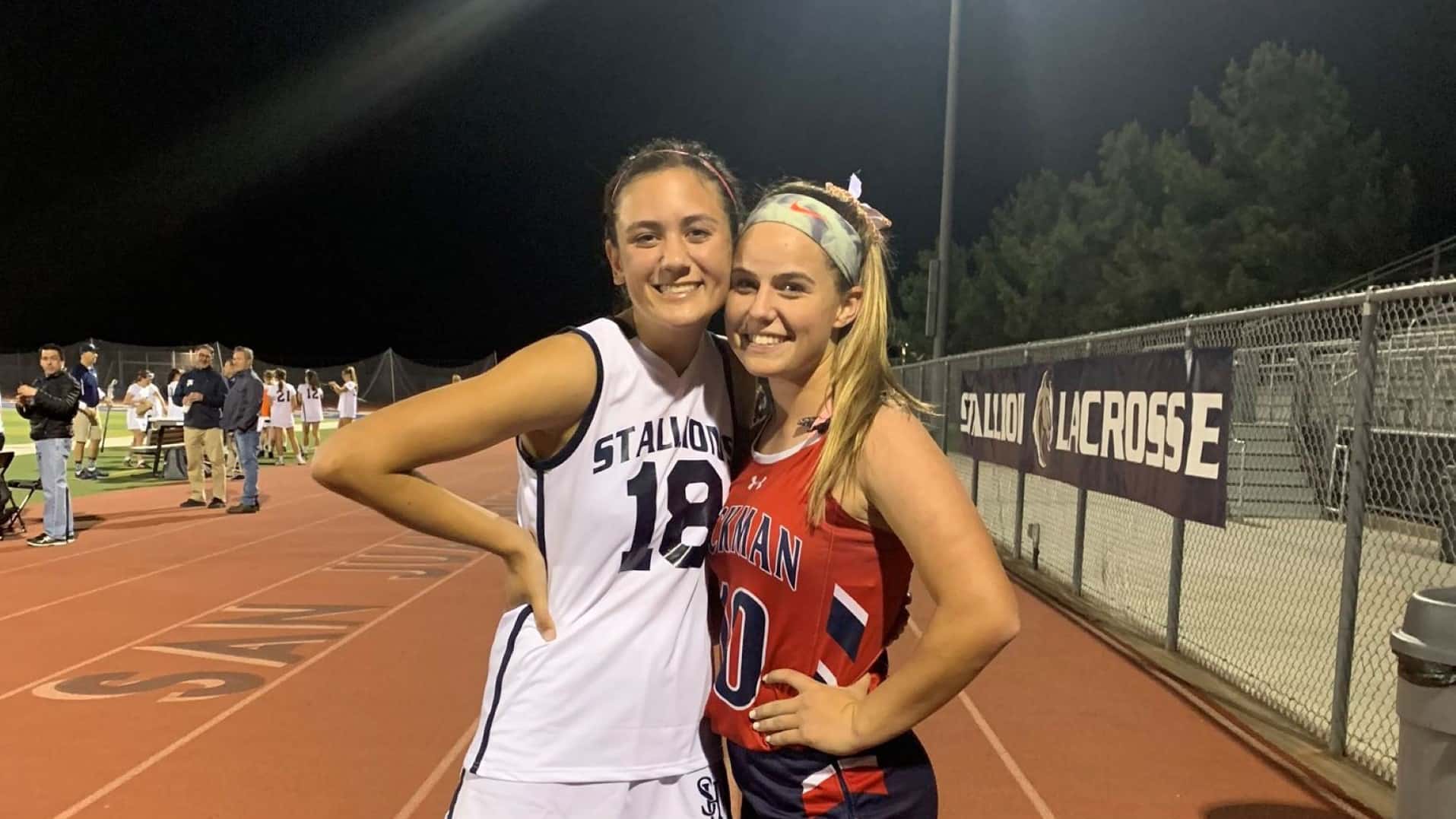 Lucy Hodge (pictured left) scored a game-leading eight-goals to lead the San Juan Hills girls lacrosse team to a 14-9 win over Beckman on Thursday at San Juan Hills High School. The win marked the first-ever win for the Stallions over the Patriots.

The Stallions also benefitted from big games by  Gwen Gaylord who added four goals, Jacy Fischbeck scored once and dished out four assists while Kimora Farry made six saves.

“We continue to maximize our strengths and are working on minimizing our shortcomings. The team is continuing to build a cohesive sisterhood of a team led by the seniors on the team,” Stallions coach Michael Welter said.

Early on it looked like Beckman would continue their domination over the Stallions as they jumped out to a 2-0 lead. After the Patriots scored their second goal, San Juan Hills went put Gaylord at the draw position and that proved to be a turning point.

The Stallions started to get it together and ran off four straight goals to take a 4-2 lead and force Beckman into a time out. However, the timeout did little to slow down the Stallions momentum and the half ended with San Juan Hills holding a comfortable 8-3 lead.

After the game, Hodge and Beckman player Julia Patrick, who are both club teammates, both took time out for a picture with one another.

Welter said the Stallions are still not where they need to be, but are moving in the correct direction. Welter hopes his team will be ready for the South Coast, which consists of Aliso Niguel (No.4 in the CIF-SS Division 1 preseason polls, Trabuco Hills (reigning league champion) and San Clemente (No.8 in the preseason polls).

“We coaches are very proud of the steps they’ve taken so far and are confident we will continue to grow into a competitive team this season and be ready for South Coast League play in a couple weeks,” Welter said.