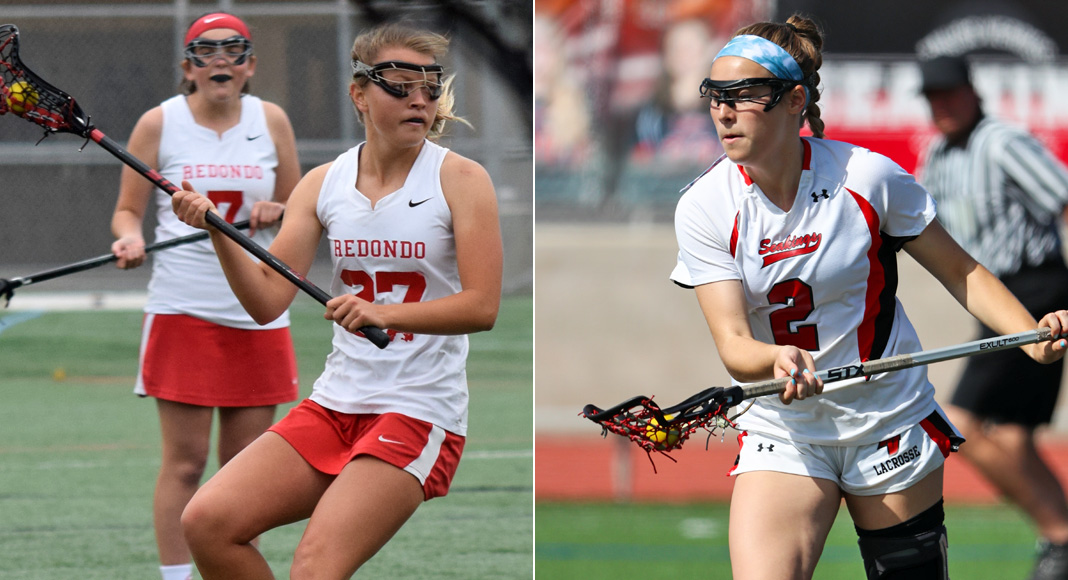 Hodges, a first-team All-Area selection as a junior, set Redondo single-season records for points and assists and established school career records for points, assists and ground balls. In her four-year career, she led Redondo to four LA Championship Tournament title games, winning in 2017 and 2018.

Hoyt, who missed most of last season and the first three games of this season while recovering from a knee injury, led the Sea Kings to their first LA Championship Tournament victory since 2012. She led PV in goals and points this season, averaging 4.3 goals per game in 16 games — including 19 goals and one assist in three Bay League games.

Kendall Hoyt, who played in only six games before her season ended prematurely with an injury, scored 13 goals and had two assists in three Bay League games.