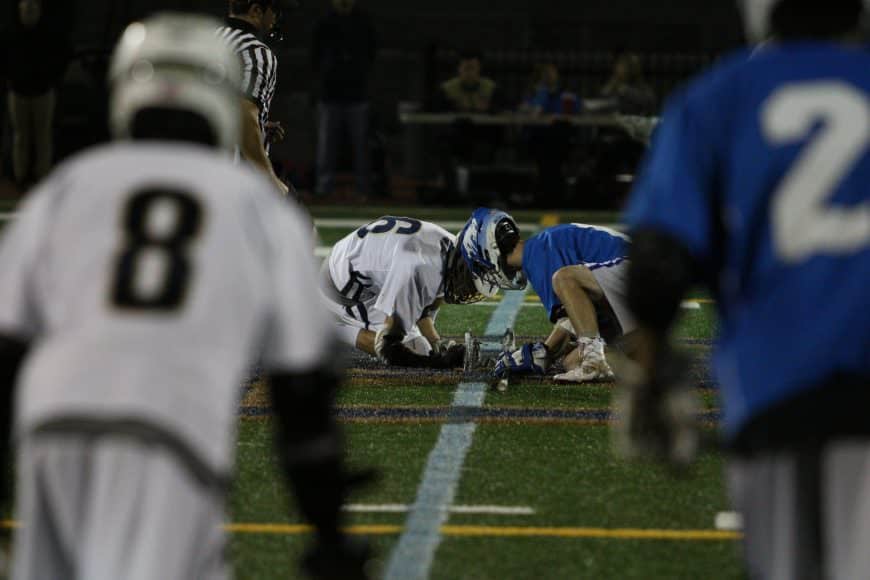 The Del Norte Nighthawks toppled the Rancho Bernardo Broncos 11-5 at home on Wednesday, May 4th in their season finale.  The win ensured the Nighthawks would finish the 2016 campaign with a winning record for the first time in program history.  It also marked the first time Del Norte got a win against Rancho Bernardo as their prior 7 meetings, dating back to 2011, all resulted in wins for the Broncos.

After the Broncos got on the board first, Jake Welch stuck a high bouncer under the pipe off a sweep to his right, then minutes later, Tyler Reinecke had a nice garbage goal off a nice save from the Broncos goalkeeper.
After another goal tied the game at 2-2, brothers Luke & Jake Welch rattled off 4 consecutive goals for the Nighthawks.  Luke Welch scored on a man-up opportunity off a feed from Dusty Yohner, and then followed that up a few minutes later with a nice dodge from behind for his 2nd of the game.  Welch would complete the hat trick early in the 2nd quarter off a cross-field pass from Shervin Rafie.  Jake Welch then scored an unassisted goal to give the Nighthawks a 6-2 advantage, before Rafie would get his first goal of the day to give Del Norte a 7-2 advantage at halftime. 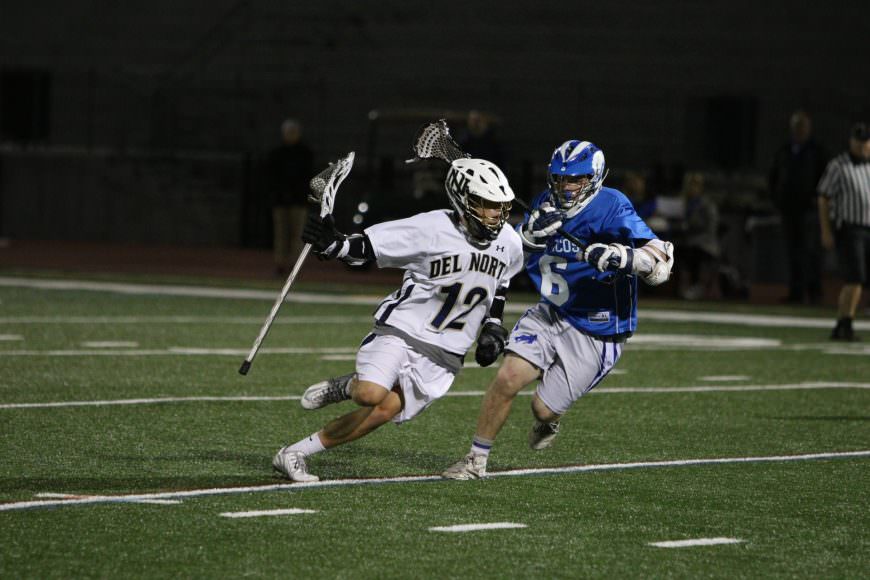 Rancho Bernardo scored the first 2 goals of the 3rd quarter before Tyler Reinecke finished a great feed from Rafie, 8-4 Nighthawks.  Rafie then scored the next 2 goals of the game to close out the 3rd quarter & begin the 4th.  The Broncos would strike next to make the score 10-5, before Luke Welch finished out the nights scoring with an unassisted goal late in the 4th quarter to give us the 11-5 final score.
Outstanding performances were put in by Sophomore Craig Zeigler, who went 15/18 at the faceoff X, while Junior Jordan Penn had 16 saves in between the pipes.  Senior LSM Tyler Chambers scooped up a game high 10 groundballs and had 2 caused turnovers.
The Nighthawks were led by Shervin Rafie (3g ,2a), Luke Welch (4g), Tyler Reinecke (2g), Jake Welch (2g) while Dusty Yohner chipped in an assist.