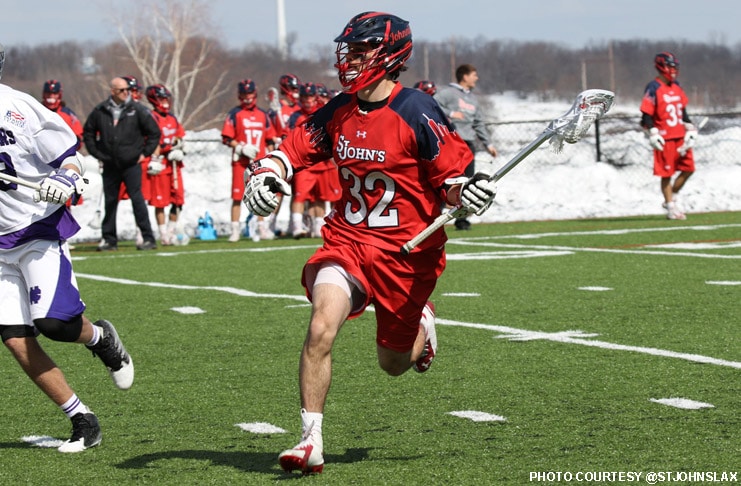 Last year, Heller scored six goals and had one assist for St. John’s and was named to the 2015-16 BIG EAST All-Academic Team. Groel, a part-time starter for Rutgers the last two seasons, finished last year with 38 ground balls and 11 caused turnovers.

Hobart lost a 21-15 shootout to Penn State, but sophomore middie Stanny Gilbertson (Palos Verdes ’15) scored twice for the Statesmen. His second goal came early in the fourth quarter as part of a four-goal run that pulled Hobart to within 15-13, but Penn State held off the rally.

Jacksonville scored the game’s final four goals but couldn’t chase down visiting Lehigh in a 13-12 loss Saturday. Dolphins freshman Brett Reilly (Westlake ’16) had a goal and an assist in the fourth quarter, including Jacksonville’s final goal with a man advantage and 4:08 to play.

Freshman Shayne Sharp (Palos Verdes ’16) started at close defense in Lafayette’s 17-6 season-opening loss to Michigan. He was credited with one ground ball.

Siena sending two to @JonahSwigart99 in transition in the season opener in the dome. #HHH pic.twitter.com/LikLmD57Po