Hefft, Melberg, and Stokes are the Girls’ Lacrosse Players of the Week 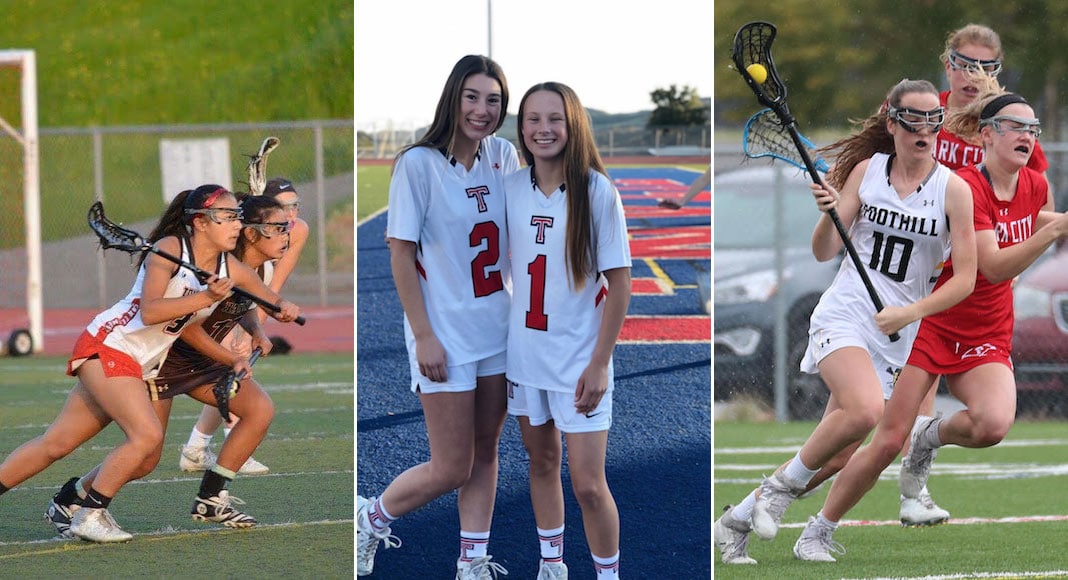 Hefft (left above) is among the team leaders in pretty much every statistical category except saves.  She leads the team with takeaways and is in the top three goals, assists, points, and groundballs.  Hefft’s leadership and her intangibles were key to the Tritons’ upset over Foothill last week.

“During transition, she would often draw extra defenders and created fast break opportunities for the Triton team,” coach Joshua Cain said by email.

“She commanded the offense and created scoring opportunities for the team. She created mismatches on the field that the opposing team could not stop. Shay was the glue that made our team play at such a high level with her lacrosse ability and great leadership on the field.”

Melberg (center-right above) is so new to varsity lacrosse that we did not have a picture of her and had to raid Instagram. The only freshman in this week’s trio showed that she is more than ready for prime time with a 10-goal week including five against Corona del Mar.

Stokes (right above) had eight goals last week including six against Redondo Union but that is only a partial indicator of her value to her team. She supplemented the goals with three assists, nine groundballs, and two caused turnovers.