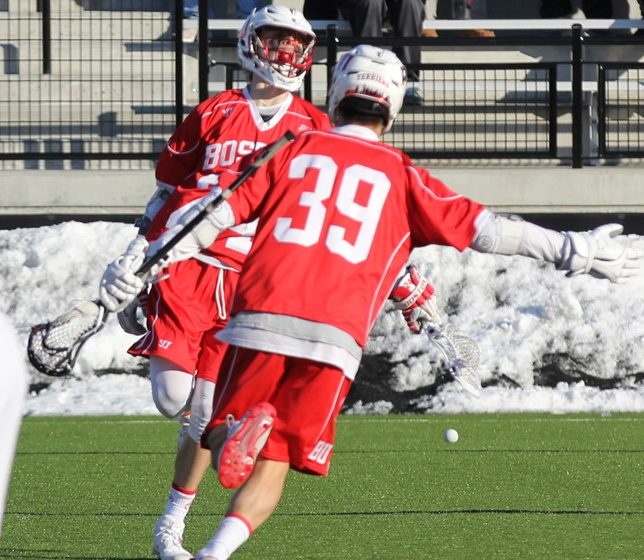 Ruiz scored two goals and assisted on two others to lead the Terriers all the way back from a 7-4 deficit. His second goal sent the game into OT. Lax.com was there to catch the action when Ruiz (no. 39) then set up Brendan Homire for the game-winner in the second overtime:

Taylor scored the first hat trick of her career to lead the Oregon women’s lacrosse team to an 11-8 season-opening win over Michigan.  Taylor’s three-goal outburst topped her freshman season total of two goals.  She is no. 8 in the highlights below.

HIGHLIGHTS | Here are all 11 of your Ducks’ goals today! #GoDucks https://t.co/kDEB2ivXAY

Gersten picked a goal and an assist as Cleveland State debuted as a NCAA Division 1 program in front of a sold-out home crowd. Michigan won the game 13-8.