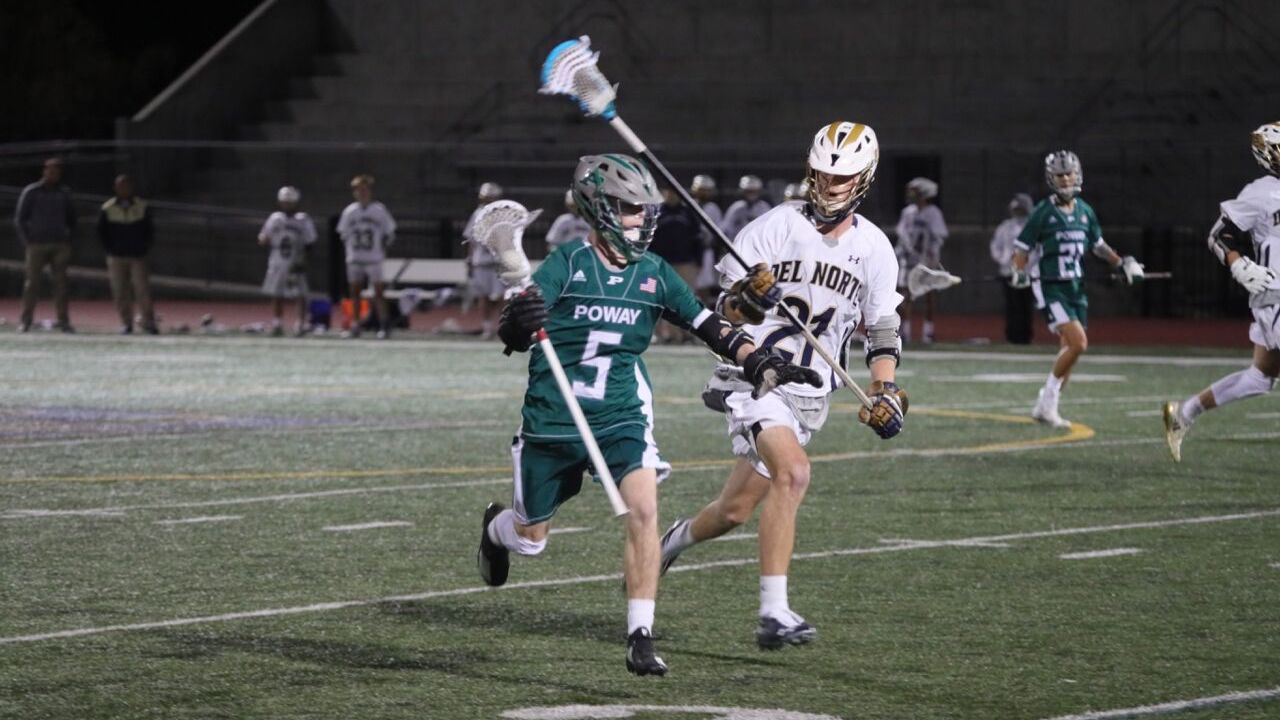 The Poway Titan offense continued its hot start on Tuesday night, scoring 13 goals for the second game in a row and spoiling the season opener for conference rival Del Norte.

Poway junior Marquez White (Princeton) again led the way for the Titans, scoring 4 goals and bringing his total to 9 in Poway’s first two games. The Titans also got strong performances from attackmen Micah Loy and Matteo Corona, as each added a hat trick. Seniors Austin Contreras and Hunter Lutticken contributed a goal each for Poway, and freshman Gael Gonzalez found the net for his first goal as a Titan to round out the scoring.

The Titans maintained a huge possession advantage all evening with outstanding performances at the faceoff X from senior Teague Morrissey, who won 13 out of 17 attempts, and Ethan Vallese, who won 3 of 4.

The Titan defense scooped up 24 ground balls on the evening, and were led by junior Brian Campion, who caused two Nighthawk turnovers.

Del Norte had strong opening night performances by defenseman Lukas Adams and goaltender Jason Borromeo, who turned in a 21-save performance against the powerful Titan offense. But perhaps the brightest spot of the evening for Del Norte was the return of senior midfielder Michael Goode, who led the Nighthawk offense with three goals in his first game back after undergoing his third ACL surgery last season.

Del Norte falls to 0-1 on the young season and will play host to Cathedral Catholic on Friday night. Poway moves to 2-0 and will stay on the road to play San Marcos Friday, in a rematch of last season’s open division playoff quarterfinal game.