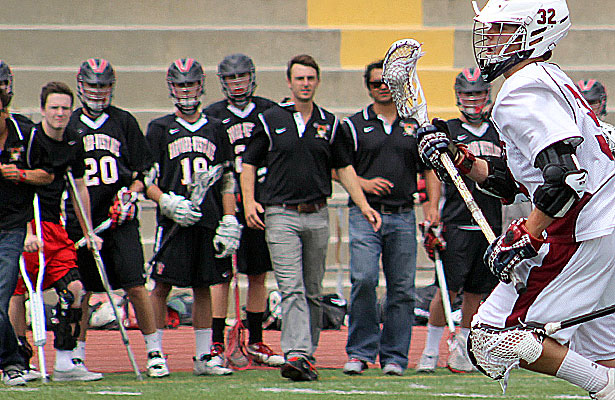 In 2013, Alex Weber took over at Harvard Westlake and led the Wolverines to an L.A. championship and a berth opposite St. Margaret’s in the U.S. Lacrosse Southern Section title game in his first season. Last month, he announced he was stepping down from the head coaching position.

“The main core of it is that I love Harvard Westlake lacrosse, and I’ve given the best of myself to it as the head of the program for the last three seasons,” Weber told MaxLaxLA in an email late Wednesday night. “We’ve turned a corner, and we are poised to do big things. To do that, it will take the full, undiluted effort from someone leading the ship, and right now I have other pursuits in my life that I need to honor and go after.”

“I feel like everything that’s been built with the program in my last three years here has been leading to something bigger. It’s time for us to put a flag into the ground and really solidify ourselves as an elite program, and that would take a full, undiluted effort from someone to lead that. I have other pursuits that I’m committed to and emotionally involved in, and so rather than possibly be uncommitted, I think it’s better — honestly, it does break my heart — but I think it’s the right move for the program to allow someone to come in and be that fully committed person.”

In Weber’s three seasons, the Wolverines posted a 39-17 record, including an 18-6 mark in the Mission League and three playoff berths. While the team graduated seven seniors after going 15-8 and winning a first-round playoff game this spring, there is a wealth of talent in the program, including first-team All-Mission League faceoff specialist Philip Thompson, a rising senior, and second-team All-Mission defenders Shane Houska, an LSM, and Niko Econn, both rising juniors.

“Coaching these guys and sharing the moments we’ve had has been the best experience of my life, without exception,” Weber said via email. “That bond is forever.”

Weber missed three games this spring because of scheduling conflicts with his other commitments. Assistant coach Peter Swander, who also works with Catch! Lacrosse in the Hollywood area, led the Wolverines to three wins in those games, and Weber told the Chronicle he would endorse Swander to be his replacement.

“I can’t imagine a better person for the job than Peter, I really can’t,” Weber added. “He’s as passionate as they come, and I really hope that the school and I will work together, because I think that I have a lot to offer in the decision process having been a coach here for five years.”

As of Wednesday night, the job listing did not appear on either LaxPower.com or the CIF Southern Section site.