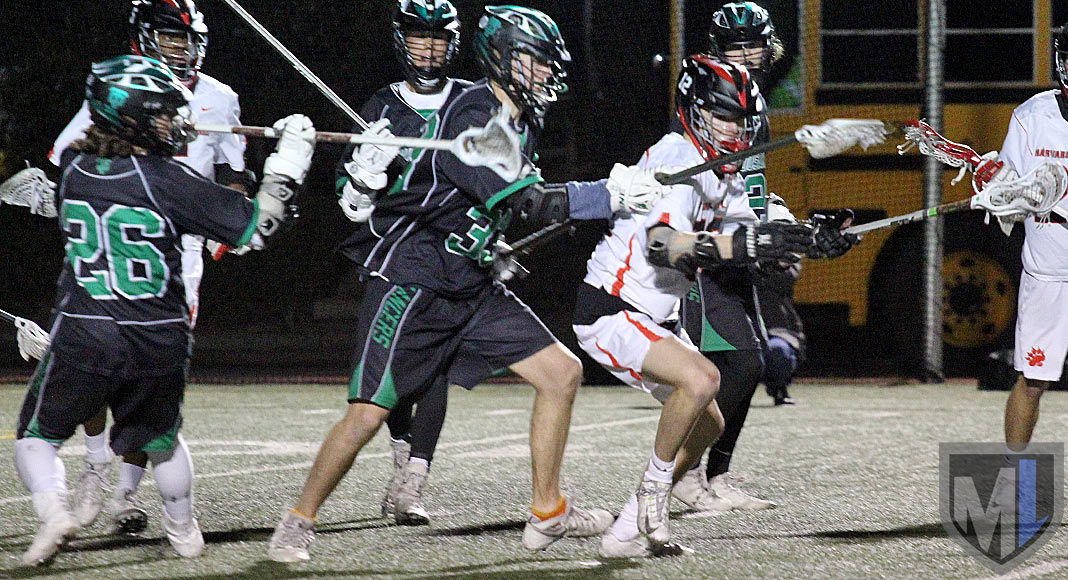 The Lancers, who trailed 6-1 early in the second quarter, managed to stay within striking distance until midway through the third period. But the Wolverines drilled three consecutive outside shots against the TO zone defense in the span of about a minute and a half, pushing their lead to 11-4 and turning the game into a rout.

“We believe in our system and we believe in our individuals,” Harvard Westlake coach Erik Krum said. “We also believe that if we abide by the rules of our offense, then we have goal scorers all over the field.”

After falling behind in the first quarter, Thousand Oaks dropped into a zone in the second, which slowed the Wolverines a bit. But they figured it out, with Asher Early twice curling from X and catching feeds from Tommy Park and Paul Rodriguez behind the zone for easy dump-ins on the crease. Jared Goldman also slipped inside the zone early in the third period and took a feed from Early and scored, which opened up the outside looks later in the quarter.

Watts (pictured above) punctuated the Wolverines’ third-quarter run by collecting a ground ball after a feed to the crease, spinning through traffic and burying an underhand shot for a 12-4 lead.

Thousand Oaks (0-2) struggled to gain its usual possession advantage with senior face-off middie Matt Parham. The Wolverines’ Listen battled Parham at the dot, often keeping the ball loose long enough for the Harvard Westlake wings to come up with ground balls. The Harvard Westlake scorebook had the Wolverines winning 11 face-offs to TO’s 10.

“Our wing play was excellent,” Krum said. “We have a freshman starter, Nik Grube, who was on the wing, who was confident and mature out there. Great wing play; great play at the X, even if the face-off wasn’t won cleanly. Great ground-ball game today.”

Nick Riggio scored two goals to lead the Lancers and also had an assist. Brett Dutton and Nick Ditto scored one goal each.