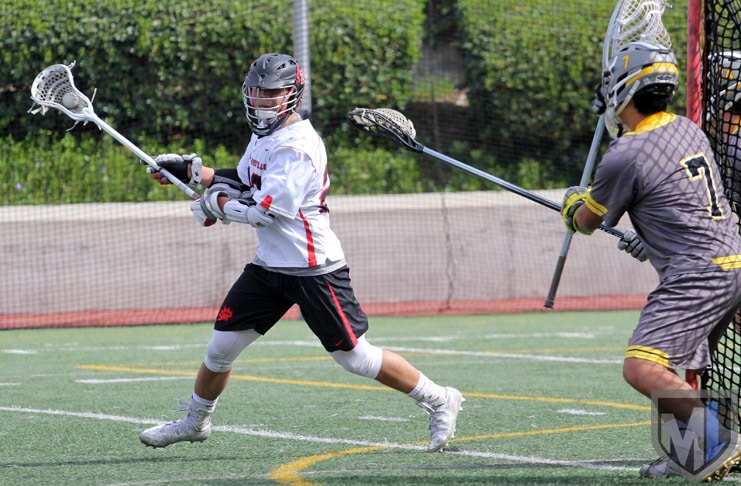 A nine-goal outburst in the second quarter Saturday, including three by junior attack Tommy Park, lifted No. 3 Harvard Westlake to a surprisingly easy 16-3 victory over visiting No. 8 Peninsula.

In their season-opener Tuesday, it took the Wolverines until the second half to find their offense. They were tied 1-1 at halftime at Culver City before pulling away to win 9-3. Saturday, the surge came a quarter earlier. Harvard Westlake (2-0) held a 2-0 lead after the first period Saturday thanks to senior goalie Troy Hattler, who made four of his five saves in the first 12 minutes.

After that, the Wolverines rolled, scoring five goals in the first seven minutes of the second period and building an 11-1 halftime advantage.

Peninsula finally got on the board when senior attack Kyle Beachboard slipped inside along the crease with 2:24 left in the first half, but he was injured on the play and didn’t return to the game. Scott Phillips and Bryce Kitigawa also scored for the Panthers.

Harvard Westlake next plays at No. 5 Thousand Oaks on Tuesday. Peninsula (1-1) is home to No. 18 Crespi on Friday.