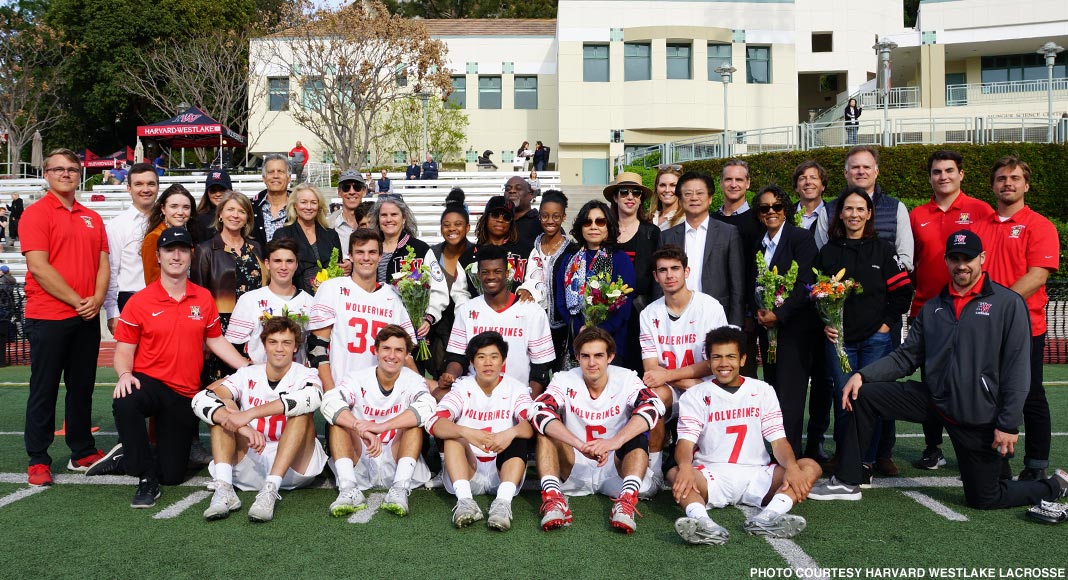 The Wolverines (8-3, 5-0) clinched the No. 1 seed in the upcoming Mission League tournament and will play at home Wednesday against the winner of a first-round matchup.

Listen (6g) opened the game with a goal in the first 13 seconds, and fellow senior Donovan Econn (1g) scored 20 seconds later. The Wolverines led 3-0 after one quarter, then went on a 9-1 run in the second quarter to blow the game open.

Alec Watts (2g) and Jonathan Chong (2g, 1a) each tallied multiple points for the Wolverines, and Sultan Daniels, Ian Han, Owen Hudgins and Charlie Keller each had one goal as nine Harvard Westlake players found the net.

Junior Robert Boone scored Notre Dame’s lone goal, and junior middie Sam Sprute was a bright spot at the face-off dot for the Knights (5-9), winning 9 of 23.

Notre Dame plays at Crespi on Friday night in the first round of the Mission League tournament.