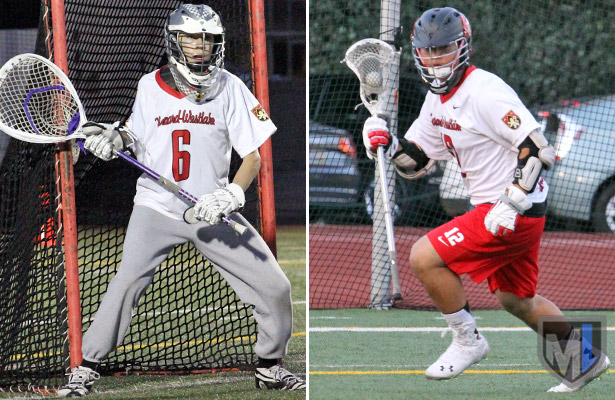 Harvard Westlake’s 2015 season was marked by inconsistency, much of it caused by a constantly shifting lineup due to injury or other circumstances. The result was an up-and-down season that ended with a second consecutive second-round playoff loss at home, followed by an offseason coaching change. Still, area coaches voted the Wolverines No. 5 in the preseason coaches poll. Here is our Harvard Westlake 2016 preview:

Coach: Erik Krum; first season.
Last season: 11-8 overall; 5-3 Mission League (tied for second place).
2015 playoffs: No. 4 seed; beat Chaminade in first round; lost to No. 5 Westlake in second round.
2015 recap: After opening the season No. 3 in the US Lacrosse/MaxLaxLA coaches poll, the Wolverines dropped as far as No. 8 after an uneven first half of the season. They were explosive on offense, averaging nearly 13 goals per game, but erratic on defense, allowing more than 10 goals per game. Ultimately, they earned the No. 4 seed in the playoffs but lost at home in the second round for the second year in a row. After the season, Coach Alex Weber resigned and was replaced by Erik Krum.

2016 Outlook: Nine starters return for the Wolverines, but there has been a lot of change, as well. Gone are star scorer Roman Holthouse (graduated) and all-league defender Niko Econn (transferred to Loyola). But there is a lot of young talent remaining, most notably on offense. How quickly the young players assert themselves and the team adjusts to Coach Krum will be key. The schedule does Harvard Westlake no favors, either in Mission League or nonleague play, but as long as Thompson continues to win possession and give the offense the opportunity to score, the Wolverines will have a chance against just about anyone.