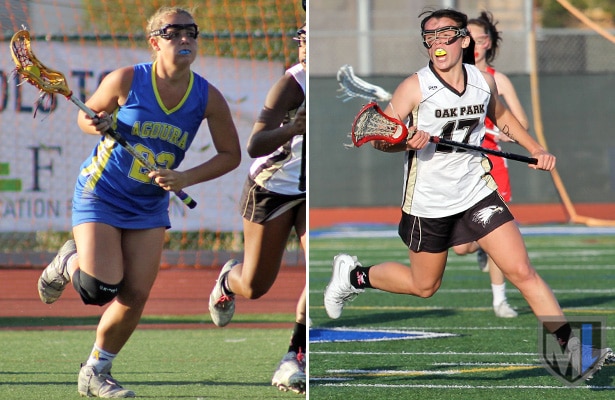 Last season featured some impressive offensive outputs from some prolific goal-scorers in the L.A./Ventura area.

In fact, 13 of the 15 playoff games in the US Lacrosse Southern Section North playoff bracket saw more than 15 combined goals scored, and six of those 13 saw more than 20 goals, including Redondo Union’s 13-12 win over Oak Park in the championship game.

Moreover, according to scores posted on LaxPower.com, 13 teams in the L.A./Ventura area averaged scoring more than 10 goals per game over the course of the season.

In looking ahead to the 2016 season, MaxLax decided to look back and identify as many of the top returning goal-scorers as possible. We sent emails to coaches; we scoured the stats section of MaxPreps.com; and we searched high and low to get a sense of which scorers we might be watching rip it up this spring.

What we found was more than a dozen players who scored at least 40 goals last year as underclassmen, and that doesn’t count two college-caliber players who have since moved away. Arden Edgerton, a 100-goal scorer for Westlake as a junior last year, has moved back to the East Coast, as has Redondo Union’s Allison Shamir, an Under Armour All-American who scored 43 goals and had 18 assists as a junior.

We’re still left with an impressive list of returning goal-scorers, at least according to the stats posted at MaxPreps.com.

Topping the list are Oak Park senior Morgan Shorts, who scored 82 goals last year, and Agoura junior Lauren Harrison, who scored 81. Ashley Guerrero of Downey with 75 and Emma Dawson of Chaminade, who scored 73, were the only other returning players we could find with at least 70 goals in 2015.

Who did we miss? MaxPreps likely doesn’t have every top goal-scorer accounted for, so let us know what other top goal-scorers are returning. Hit us up in the comments below or on Twitter (@MaxLaxLA).