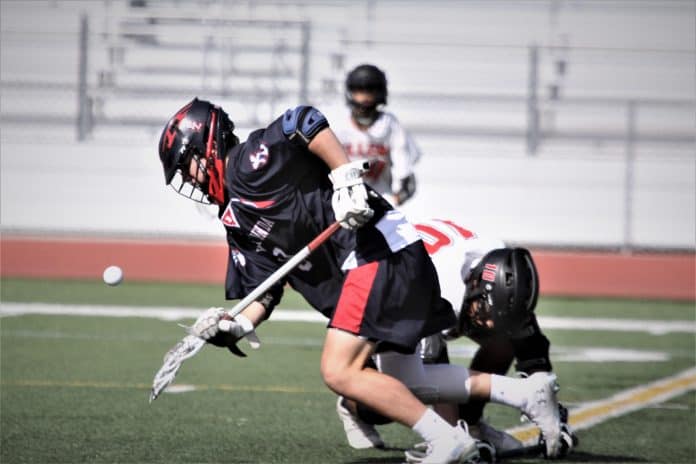 Tough year for all lax’ers with the shortened season, in particular the parents and players in the 2020 class. There are a few seniors that were set to have huge years. One of those is faceoff specialist Ryan Henry of Yorba Linda. He was mostly likely going to be in the running for OC player of the year and and had a good shot at CIF title. Yorba Linda was stacked with talent at every position.

When pondering doing this write up one quote fit Ryan’s high school career. The classic movie Wall Street feature a young salesman Bud Fox who after working diligently gets a face to face meeting with the big wig Gordon Gecko. As he walks into Gecko’s office the Wall Street wheeler dealer turns to his associate and says “this is the kid, called me 56 days in a row, wants to be a player, should be a picture of him in the dictionary under the word persistence.”

It’s taken Ryan more than 56 days to get where he is and plenty of players would have thrown in the towel under his circumstances. He has fought through breaking both wrists as well as a torn labrum between his freshman and sophomore years, which required extensive surgery and recovery time. Major surgery. All in all he was out off and on for a year and a half and still came back to be one of the best players in OC and is committed to play at D1 UMass.

In the summer of 2019 the youngster put on a show at the Adrenaline America’s Finest tournament. He went 88% for SoCal Bulls vs some legit FOGO’s, had several college coaches buzzing big time, some that had passed earlier in the recruiting process ( sorry ‘Cuse).

For those fans newer to lacrosse, UMass is synonymous with toughness in the lacrosse world. Search Garber’s gorillas for more on that. It’s been a marquee program for 50 plus years and model of stability with only two head coaches over that time span. They are frequently a top 20 team and in the last 20 years under coach Greg Cannella they have gone to the tourney 8 times with four appearances in the quarter finals or better.

Henry was hurt though most of the recruiting process prior to the rule changes. How does a player hurt in two of his prime recruiting years get a chance at UMass? Reputation and character.Henry is known by the top face off specialist coaches in the county, and they knew when healthy he could dominate. I was able to catch up with Joe Nardella of Faceoff factory to get a quote. “Ryan is one of the hardest working and well rounded kids I have had the honor of coaching over the last 5 years, I can’t wait to see what he does at the next level” stated the coach.

Brendan Fowler of Faceoff academy feels the same and was contacted by coach Cannella of UMass during the recruiting process.

Also I would like to point out the player formerly known as Ryan Henry’s brother. Early in his career Nolan Henry was known around the club scene as Ryan’s bro. That is no longer the case. Nolan was a 3 year starter at close defense for Yorba Linda, was excellent on his own last summer for Coach John Fox’s Crush Squad, and played high level club on his own as well Stags club out of YL who won a good tourney in Vegas last summer. He’s a baller too. He will play D1 club next season at Boise State.

Shout out to YL program and coach Mike Schreiber. Program was stacked this year. No recruiting just local kids and well coached. One of the top 2 teams that had a legit shot in OC at the title this year.

(Full disclosure I was involved with Ryan’s recruiting process as well and have a positive bias toward UMass and coach Cannella, he’s a winner)