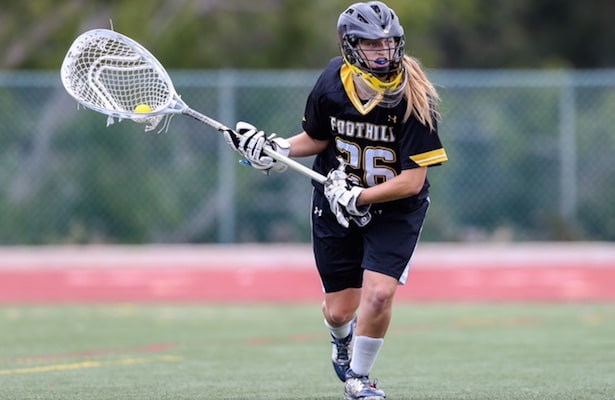 Foothill senior goalie Hannah Upshaw was named the 2016 Girls’ Lacrosse Player of the Year by the US Lacrosse Orange County Chapter. Upshaw made 196 saves (60% save percentage) to lead the Knights to the Orange County championship game. Cressita Bowman was named Coach of the Year for leading the Mater Dei Monarchs to an undefeated season, the Southern Section Championship, and the No. 3 ranking in the West. Newport Harbor senior Rylie Siegfried received the Jackie Pitts Award, which “recognizes a graduating senior in each chapter who truly honors the game of lacrosse, is invested in the development of the game in her community, is an exceptional player who continually strives to improve her game, and is an exemplary member of her team. She exemplifies the spirit of the game, on and off the field. Academically, she is an outstanding student and a valued role model in her school.” The full list of award winners, All Americans, All Academics and All County honorees is presented below. All will be honored at a banquet on Wednesday June 8 at the Bell Tower in Rancho Santa Margarita.