Handy, Sanchez Help St. Margaret’s Win the Battle of the No. 1s 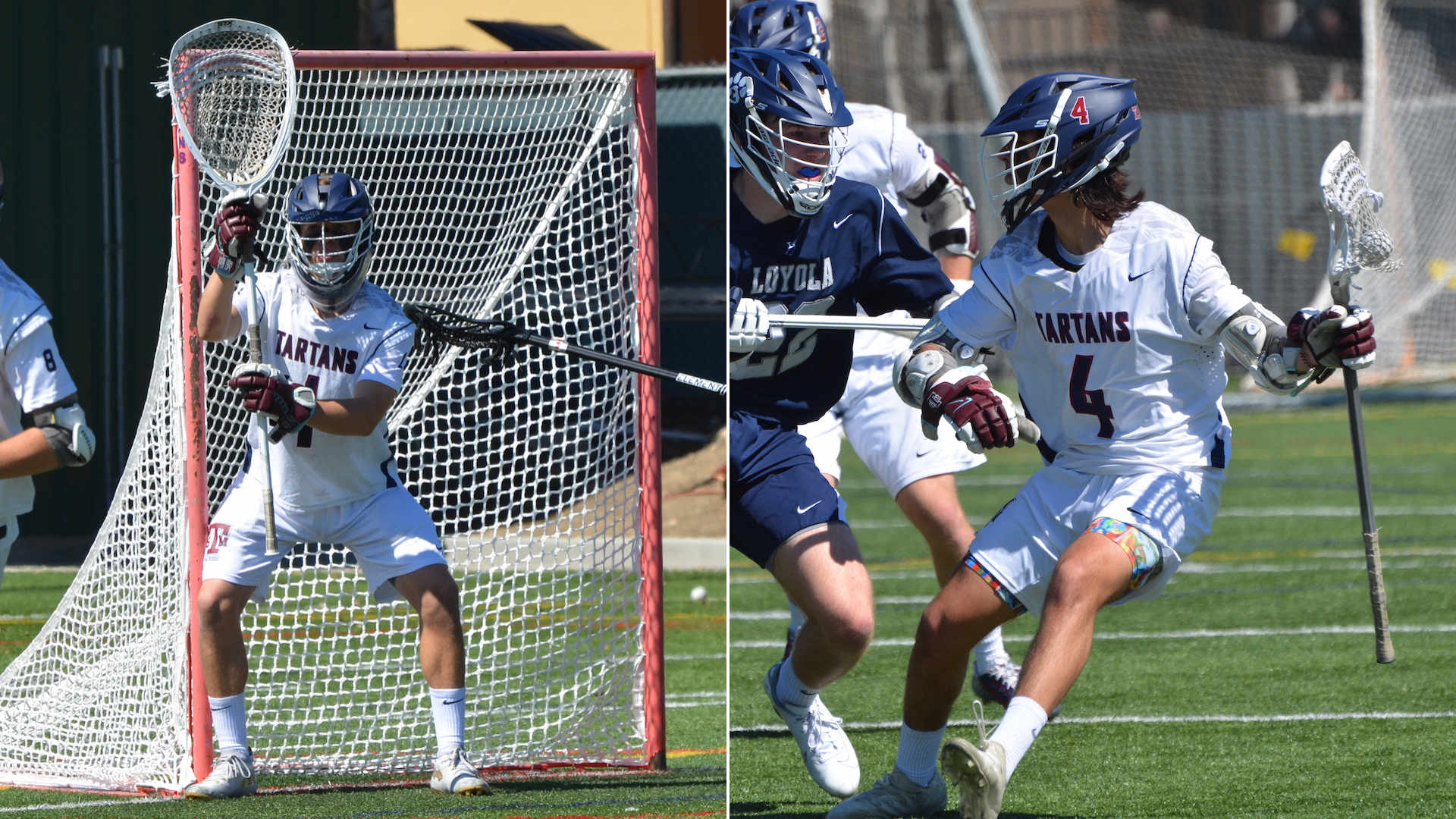 Sophomore attack Nate Sanchez scored six goals and senior goalie Zane Handy rejected 13 shots to lead St. Margaret’s to a 12-4 victory over Loyola on Saturday at Tartan Field. The Tartans (No. 1 in OC and No. 8 in the West) held Loyola (No. 1 in Los Angeles and No. 9 in the West) to their lowest output of the season.

Loyola jumped jumped out an early 1-0 lead on a goal from Matt Garvey.  When Sanchez evened the match about a minute later and neither team scored for the subsequent five minutes it looked like this would be a tight one.

However, as it turned out, the scoring drought lasted much longer for Loyola than for St. Margaret’s. The Tartans scored  the next eight goals over a stretch that extended into the third quarter.  Kaiser Fry finally broke through for the Cubs at the mid-point of Q3 but by then it was 9-2 and the Tartans defense was feeling stingy.

The Cubs continued to fight but with Stu Pollard (15/20) winning faceoffs at a 75% clip and Handy locking down the space between the pipes, scoring opportunities were too scarce for the Cubs to mount a comeback.

For the Tartans, Kevin Groeninger (2g, 2a) and Koa Todd (1g, 4a) drew plenty of attention from the Loyola defense but still found ways to score and distribute.  Cooper Barkate (1g, 1a),  John Culley (1g), and Matthew Groeninger (1g) completed the St. Margaret’s scoring.

The Cubs (4-3) just completed a murderer’s row of a week with games against Torrey Pines (No. 1 in the West) last Saturday, St. Ignatius (No.6 in the West) on Thursday and of course this game against No. 8 St. Margaret’s.  They have a few days off before battling with Mission League rival Harvard-Westlake on Wednesday.

The Tartans put their 4-0 record on the line next Friday against Santa Margarita.