Handy is Dandy against Harvard-Westlake 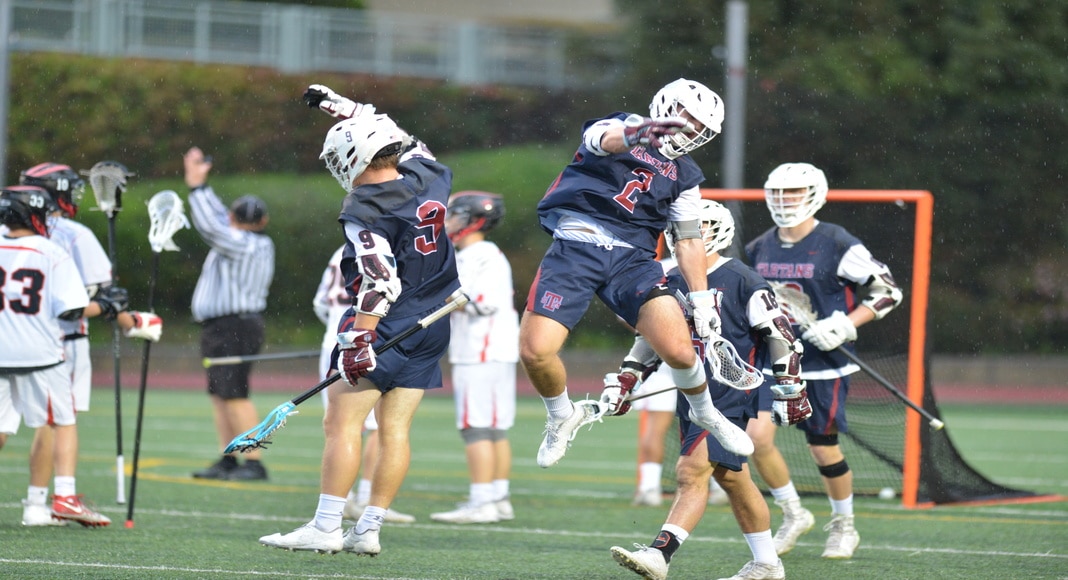 St. Margaret’s traveled to Harvard-Westlake on Saturday to take on a high-powered Wolverines’ offense that was averaging 15 goals per game. In an impressive defensive effort highlighted by Zane Handy’s 12 saves, the Tartans held the Wolverines to just 1/3 of their average output, and returned home with a 9-5 victory.

Harvard-Westlake showed off their offensive prowess early, jumping out to a quick 2-0 lead. However, the Tartans stayed poised and came roaring back with six straight goals before HW scored one late in half to make it a 6-3 halftime score in favor of St. Margaret’s.

The defenses continued to dominate in the second half and the Tartans closed out the game with the 9-5 win.

Kevin Groeninger was the top scorer for the Tartans with four points (3 goals, 1 assist). Andy Shin (2g, 1a) and Nate Sanchez (2g) each netted a pair. Garrett Kuntz (1g. 2a) and Trevor Peay (1g, 1a) rounded out the scoring.

Next up for St. Margaret’s (3-0) is a home game against Servite on Tuesday.