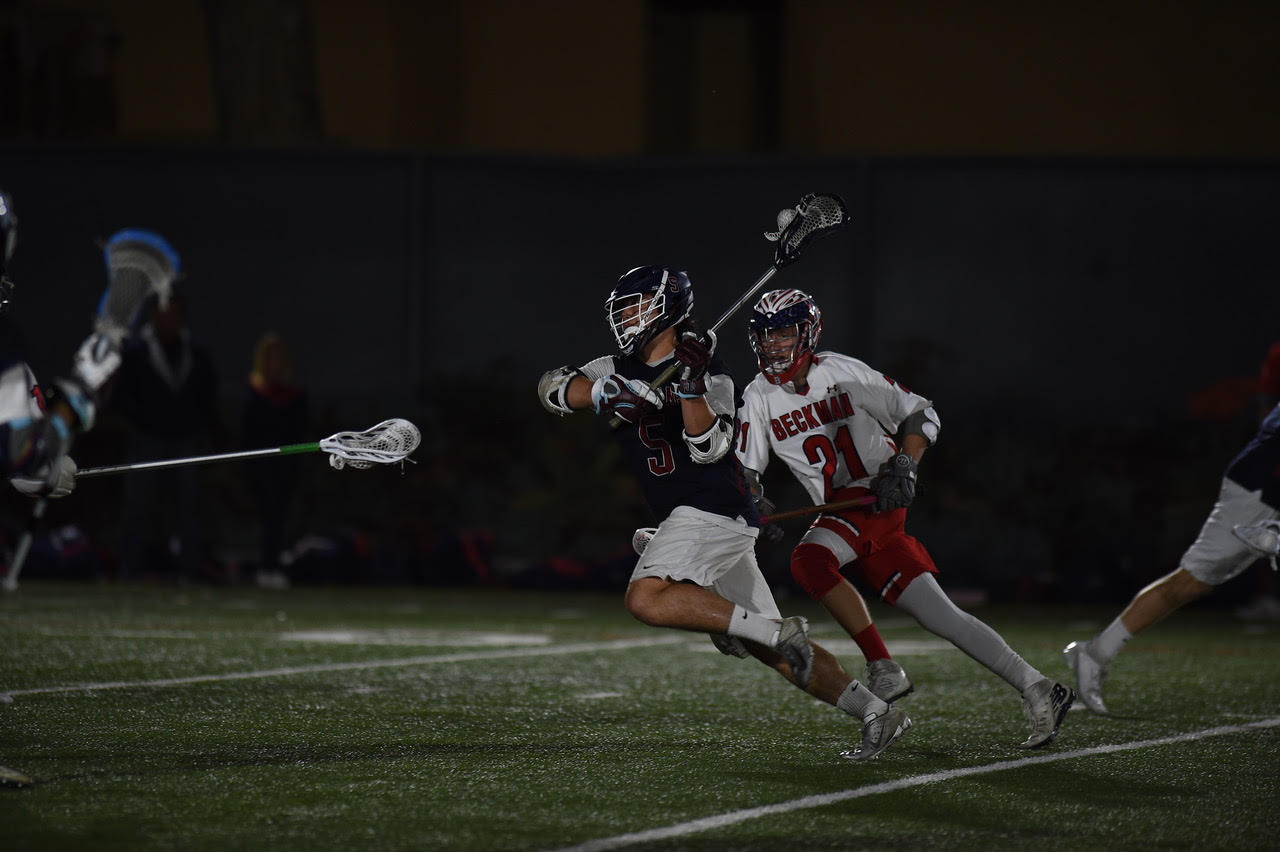 Kevin Groeninger broke the state career assist record on Tuesday to lead the St. Margaret’s boys lacrosse team to a 13-9 victory over Beckman and into the second round. Groeninger finished the game with three goals and three assists to give him a career total of 389 points and 195 assists, topping the previous assist record of 192.

The top-seeded Tartans needed every one of Groeninger’s six points to fend off the stiffest challenge they have faced from an OC team this season. Although the No. 16 Patriots never led, they remained within striking distance for most of the game and were tied 6-6 as late as midway through the third quarter.

The Tartans were finally able to build some momentum and create the type of breathing room they have become accustomed to when Koa Todd (3 goals, 2 assists), Groeninger, and John Culley (2 goals) combined for four goals in the final six minutes of the third quarter to give the Tartans a 10-6 lead as the final frame began.

Beckman continued to pressure the Tartans in Q4 but were never able to close the gap and had to settle for the 13-9 defeat.

The Patriots showed great offensive balance and ball movement in defeat.  Six different Patriot scored and five of their nine goals came off of assists.  Jeremy Narvaez, Gavin Dankert, and Kenton Wilson all tallied twice for Beckman. Jason Cheng, Casey Finley, and Dean Connelly each scored once.  All of the goal scorers except Finley who is a senior will be back for another bite of the apple next year.  Also returning next year is goalie Morgan Puliafico who had 11 saves.

Stuart Pollard continued his season long role as the Prince of Possession with a 22/23 performance at the dot. Will Stahl (2 goals), Nate Sanchez (2 goals), Matt Groeninger (2 assists) and Kai Todd (1 goal) completed the St. Margaret’s scoring.

Beckman stats were not available for this recap.

The Tartans will host No. 8 Newport Harbor on Thursday with the winner advancing to the OC semi-finals on Saturday at Segerstrom High School. As the Tartans pursue their second consecutive OC championship, Groeninger will also be pursuing two more milestones. He needs three more points to set a new Californa career mark of 192 points, and 11 more points to become California’s first 400-point man.