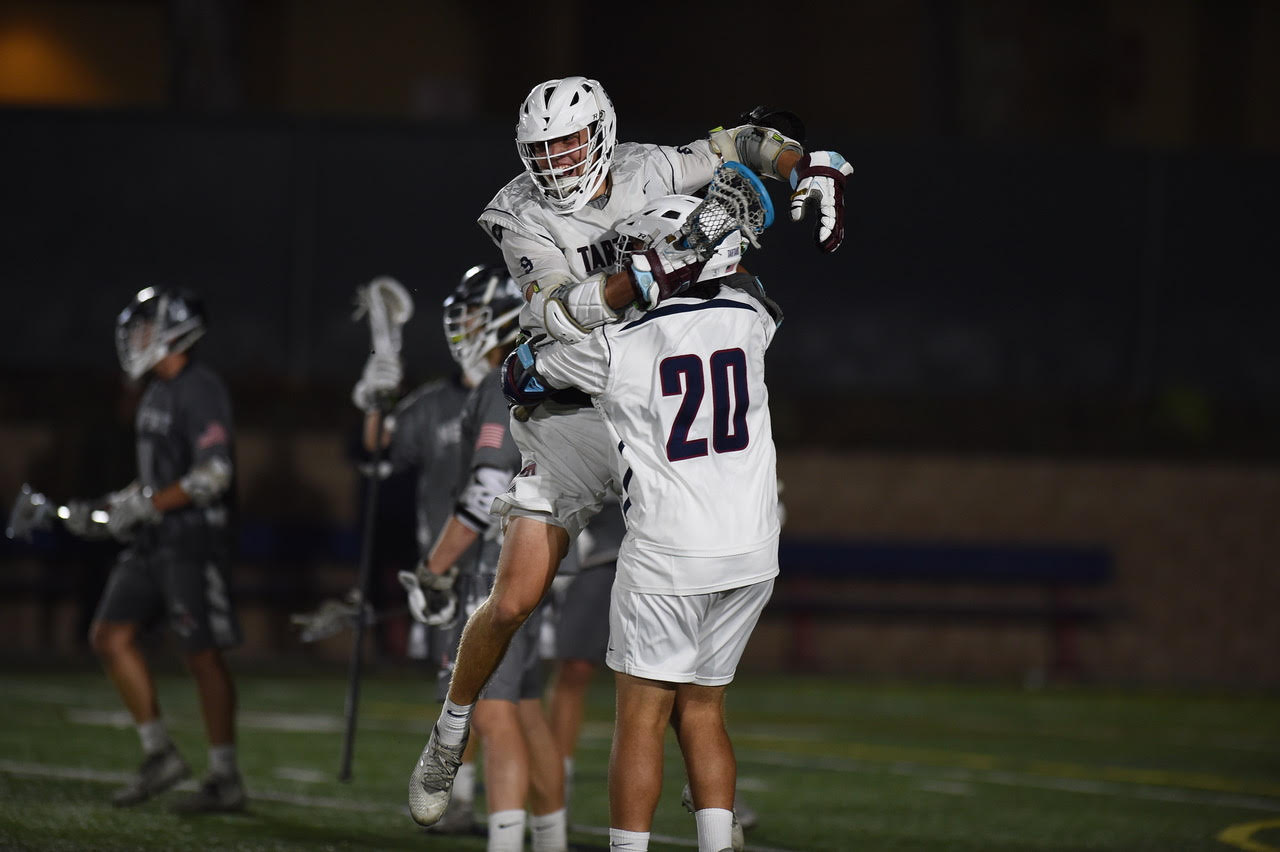 Two days after setting the state record for assists in a career, Kevin Groeninger set a new mark for total points. Groeninger recorded two goals and two assists in St. Margaret’s 11-4 win over Newport Harbor on Thursday to give him 393 career points, topping the previous mark of 391 set by Anthony DeMaio (Coronado ’16). The win sends the Tartans back to Semis Saturday where they will face Corona del Mar at 4:45.

“We are so happy for Kevin,” said St. Margaret’s coach Glen Miles by text. “He is a lacrosse junky. He watches every game on TV. He watches all of our games on film. He shoots and works on his individual craft everyday. Not many players understand what it takes to be great.

KG has earned this record through determination and consistent hard work. The other thing that makes it legitimate is that he has accomplished this while drawing the number one defender for three seasons playing one of the toughest schedules in the west. He has also been a consummate teammate and leader here at St Margaret’s. This is the kind of person you want in your record book.”

On what was a relatively quiet night for Groeninger, the Tartans were able to fight off a stiff challenge from the Sailors with a second half shutout and what has become their customary possession advantage. Stu Pollard had a Stu Pollard night  with 17/19 at the dot.

The Sailors showed early signs of an upset by scoring on the first possession of the game and going up by as much as 3-1 in the first quarter. With Harbor goalie Garrett Rovazzini (16 saves) frustrating the Tartans’ shooters, St. Margaret’s was unable to chip away at the Harbor lead until Groeninger found a cutting Nate Sanchez (2g, 2a) with time running out in the first quarter to make it a 3-2 game.

The Tartans began to pull away when their ball-moving skills resulted in three unanswered goals to open the second quarter. Koa Todd (3g, 2a) helped Groeninger score his first goal of the game. Then Sanchez found John Culley (2g) before Matt Groeninger (1a) assisted on a Todd goal to make it 5-3.

A late Harbor goal made it 5-4 at halftime. With Rhett Farmer (2g), Aidan Goltz (1g), and Jackson Sawall (1g) finding the seams in the Tartans’ defense, the Sailors upset hopes were still alive. However, even with Rovazzini playing lights out, the St. Margaret’s possession advantage overwhelmed the Sailors and that turned out to be their last point of the game.

The Tartans pulled away with six second half goals to reach the 11-4 final score. Cooper Barkate (1g, 1a), Stephen Deck (1g) and Pollard (1a) contributed second half points.