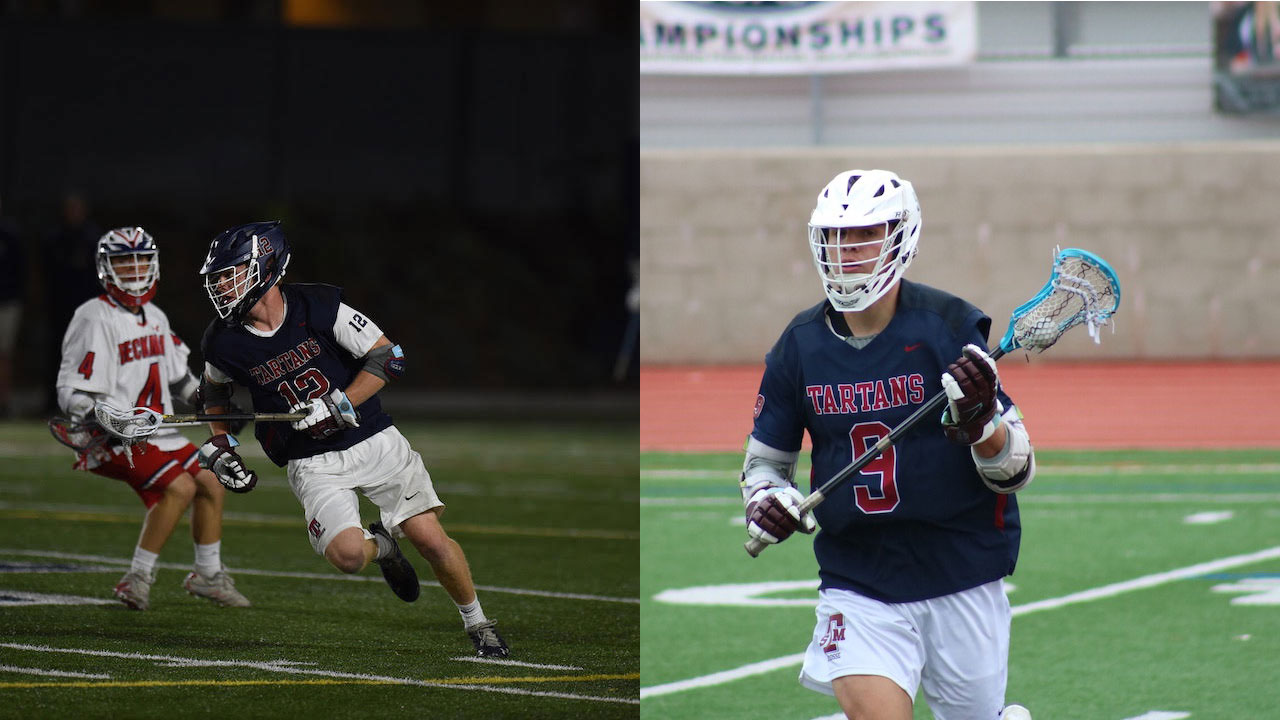 St. Margaret’s seniors Kevin Groeninger and Stu Pollard were named the Orange County Boys Lacrosse Players of the Year to lead the 2019 post-season award winners. The duo was named the top performers in a group of seven All-Americans and 20 All-County First Teamers.

Groeninger, who graduates as top scorer in California history with 411 points (206 goals, 205 assists) was the sole recipient of the award last year. This year Groeninger put up 114 points (60 goals, 54 assists) and he shares the award with the man who kept putting the ball back in his stick.

Pollard won 385 out of 472 faceoffs (81.6%) in 2019 to help the Tartans dominate possession in nearly every game they played en route to the Southern Section championship. He also found other ways to contribute to the team’s success with 13 points (5 goals, 8 assists) and playing man-down defense.