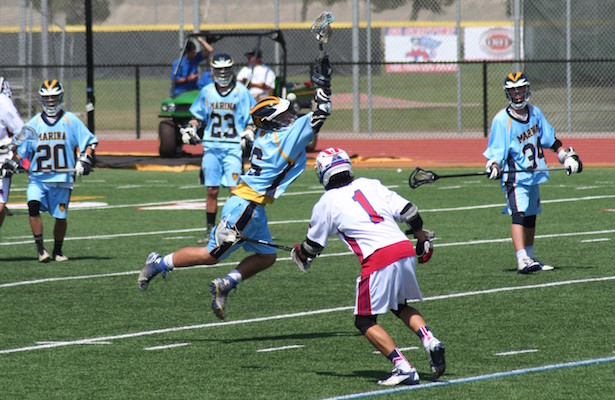 Defending league champions Los Alamitos High School opened their Sunset League schedule with authority on Saturday, beating Marina High School 17-3. The Griffins have laid claim to the league title six of the last seven years, and played on Saturday like their sights set on another one. Opportunities to score, courtesy of posessions from faceoff specialists Brandon Ban and Che Woolery (20 of 21 combined), came knocking, and the Griffins opened the door. Nine different Griffins found the back of the net.

Los Al broke the game open in the second quarter when they rode seven goals to a 9-1 lead at halftime. They outscored the Vikings 4-1 in each of the final two quarters to reach the final score of 17-3.