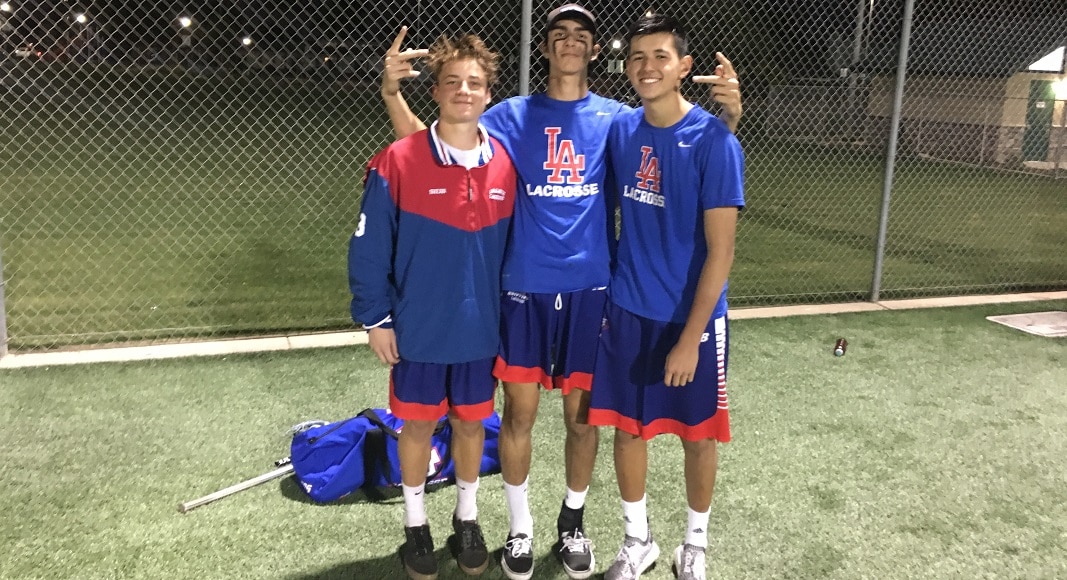 Every Sunset League game is like a playoff game now for the Los Alamitos boys lacrosse team. Now that Newport Harbor has the upper hand in the league standings, the Griffins cannot afford any slip-ups if they want a shot at the league championship.

Thus things got serious for the Griffins when Huntington Beach opened Tuesday night’s tilt with the first three goals of the games.  But the Griffins have been here before.   And as their defense began to clamp down, their offense began to slowly heat up, and Los Al was able to pull to within 3-2 by the end of the first quarter.

“We started a little bit slow tonight, but we got into it a lot quicker than we did against Thousand Oaks. We [the coaches] didn’t want to stress them out, but I think everybody knew the implications of this game and how important it was,” Los Alamitos coach Tim Fox said.

With their offense and defense clicking, the Griffins slowly but surely pulled away from the Oilers.  Los Al led 5-4 at halftime, 8-4 at the end of the third quarter, and 12-6 when the final whistle blew.

Ed Shean finished the game with four goals while Ethan Campos, Trenton Jones and Lincoln Frazier scored two goals apiece. Jack Doyle and Charles Wilson both had a goal for the Griffins, which got eight saves from Cullen Murray.

Frazier, a well-rounded player, who makes many contributions that don’t show up on the stat sheet was awarded the game ball.

“Lincoln’s just a solid, fundamental player. He just really plays within our system nicely, so we were happy to award him the gameball tonight,” Fox Said.

For Huntington Beach, Donnie Schulte led the Oilers with three goals while Jake Alkire had two goals. Tyler Alexander added a goal for the Oilers, while Grady Mercier had 11 saves.

“We came out firing, but we got to understand possessing the ball is the key to scoring more goals holding those high leads,” Oilers coach Michael Lacy said.