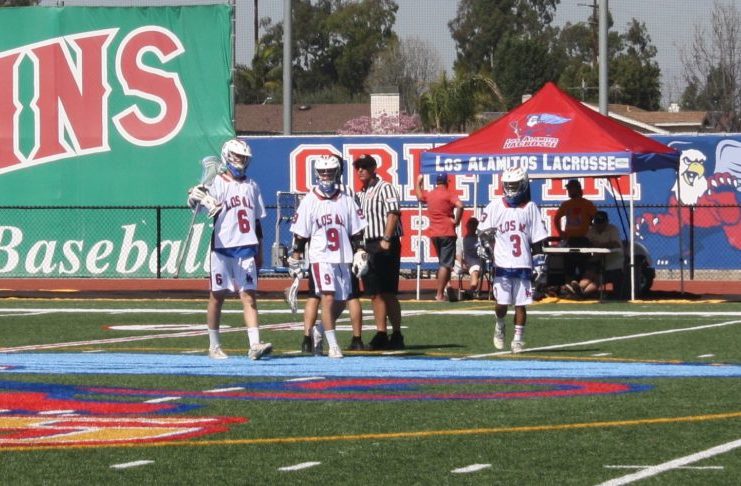 Leading the scoring charge for the Griffins was Matt Fanelli who had five goals, while chipping in two assists. Other scorers for Los Alamitos included Ethan Campos and Trenton Jones who had four goals each, Bronson Ban, Adrian Rojes, and Cash Lopez with two goals apiece and Trevor Deutsch, Julian Loe, Hunter George, Sean Kanneally and Kody Meacham who each had one goal.

Defensively, goalie Cullen Murray had a quiet night, making four saves to preserve the shutout for the Griffins.

The 11th ranked Griffins were never in any real danger, as they had offensive possession of the ball throughout most of the game. The Griffins led 15-0 at halftime, forcing a running clock in the second half.

“In the beginning, we just had to know we wanted it more than the other team. Coming off of a three-game losing streak really motivated us to come out and get this game,” Ban said.

With the win, the Griffins (2-4) snapped their three-game losing streak, as they play Marina on Wednesday at home at 6 p.m. Fox and Ban know that Marina (4-3) has improved. Ban said that last year, Los Alamitos underestimated Marina and came out lethargic, losing to the Vikings 9-8.

“We can’t underestimate any team. We have to be prepared. We know they [Marina] want it, so we got to want it more,” Ban said.