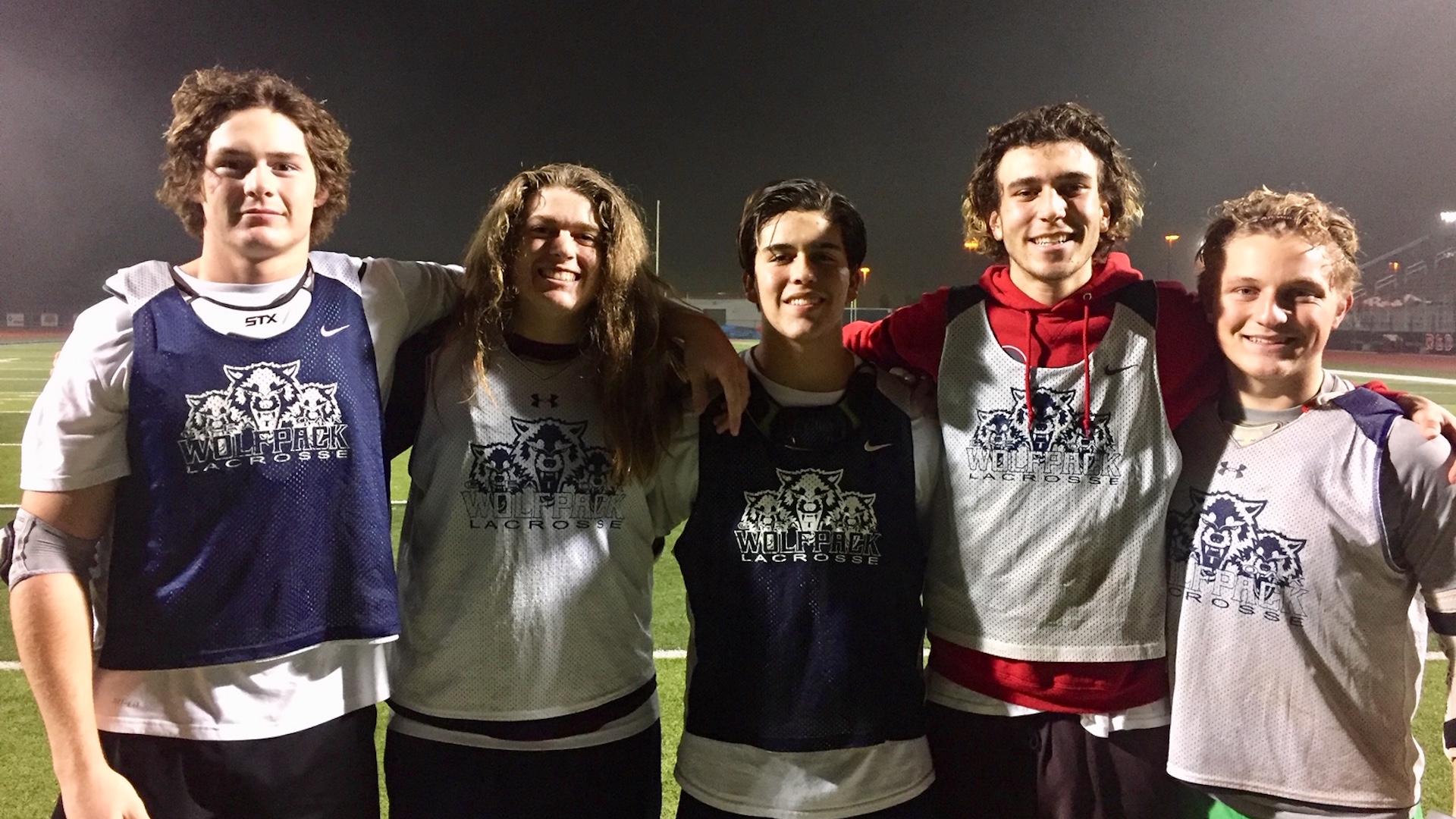 Jake Torres, Nathan Hoover, Ian Casillas, Tyler Thompson, and Andrew Gilbert (pictured from left to right above) will be the Leaders of the Pack in 2019.  The five seniors were chosen to be captains of the 2019 Great Oak Wolfpack.

In addition to their league schedule, The Wolfpack traditionally plays a challenging mix of San Diego and Orange County Teams.  This year should not be any different.  The Great Oak includes includes two playoff teams from San Diego (Valley View and Del Norte) and five from Orange County (Yorba Linda, Servite, Tesoro, Santiago, and Trabuco Hills).

The fun begins on February 25 when the Wolfpack travels to Martin Luther King High School for the season opener.