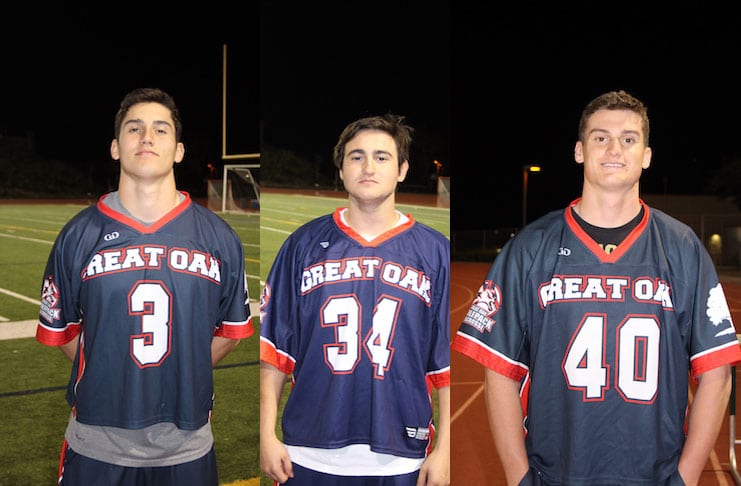 Barragan (no. 3 above) will anchor the hardened defensive unit. Justin has committed to play lacrosse at UMBC where he will begin pursuing his education in veterinary medicine. Barragan has played on multiple club teams including 3d SoCal, 3d Pacific, and 395 Select.

Alcala (no. 34 above), missed most the 2016 season with a knee injury and is expected to bring leadership to a young attack unit.

Haas (no. 40 above) completes the team’s captain trio. Haas standing at 6’ 4” brings size and speed to the team’s midfield unit. Sean has played multiple years on the 3d San Diego Select Team and 395 Club Team.

Expectations are high for the 2017 Great Oak Wolfpack captains. The Wolfpack start out the new season with new coaches and only three returning varsity seniors. Overall, Great Oak has 10 returning varsity players, 17 new faces, and a tandem of freshman goalies on the varsity roster.