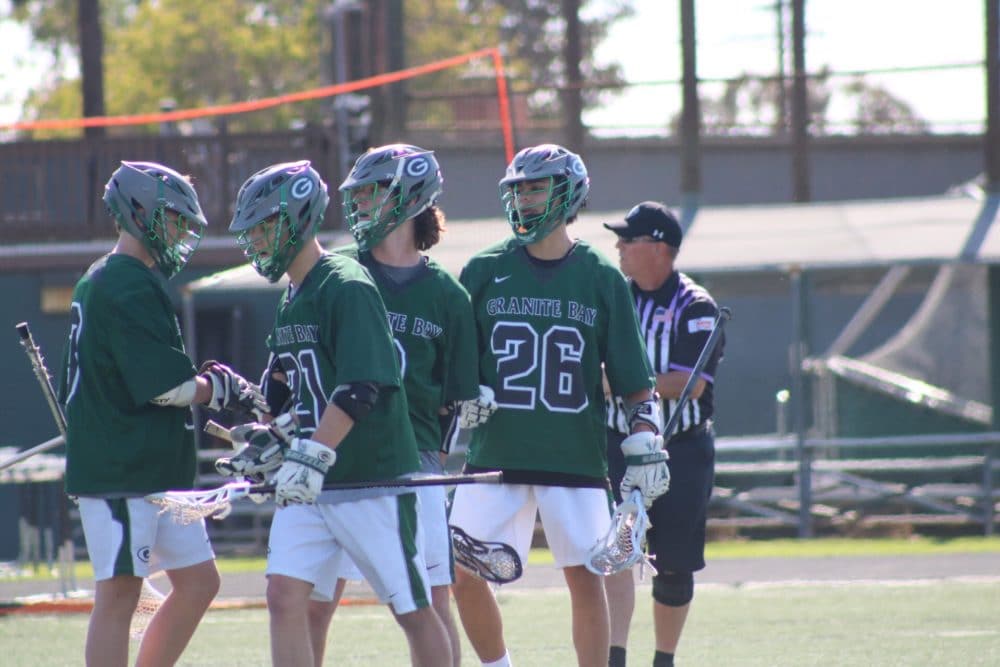 ANAHEIM- A nine-goal second half propelled NorCal’s Granite Bay Grizzlies (6-1) to a 10-7 win over No. 14 Servite (3-5) on Saturday. The Grizzlies bounced back from a tough 9-8 loss to Sacramento rival Jesuit with the win, and the Friars dropped their first game after a modest two-game winning streak.

The Friars shut out the Grizzlies in the first quarter while notching two goals of their own, both from the stick of Zach Williams. A lone goal from Granite Bay was the only scoring in the second quarter and the Friars went into the break with a slim 2-1 lead.

Things began to click for the Grizzlies after halftime. They opened the third quarter with three unanswered goals to take a 4-2 advantage early in the frame.

Servite head coach Tom O’Leary believed that was one of the biggest differences in the game.

“Those three goals in the third quarter were big,” O’Leary said. “We get those stops and it’s a whole different game.”

The teams played evenly for the remainder of the quarter with Granite Bay taking a 6-4 lead into the final 12 minutes.   The highlight of the third quarter was an unassisted tally by Granite Bay goalie Anderson Marks who blitzed right past the Friars.

The Grizzlies outscored the Friars in a fast-paced fourth quarter 4-3, two of which came from Kabe Teague. The Friars couldn’t maintain possession of the ball late with some costly turnovers (they ended the game with 24 total) and fell to Granite Bay 10-7.

Jace Foddrill led the Grizzlies with four goals on the offensive side of the ball. Teague (3G), Bradley Madsen (1G, 1A), Marks (1G), Spencer Cova (1G), and Brian Davito (1A) each contributed in Granite Bay’s offensive attack.

Despite the loss, the Friars have been trending upwards as of late after their slow start to the season winning two of their last three games, and O’Leary said that he’d rather have his team struggle now versus in the dog days of April when league play begins.

“We always want to come out of the gates hot but you learn more about your program and your team by going through some adversity and hitting the bumps now,” O’Leary said. “I’d much rather hit the bumps now before league and go into league strong and the playoffs as well.”

The Friars will look to get back in the win column when the host Chaminade Prep (5-2) on Wednesday at 6 p.m. Meanwhile, Granite Bay will close out their brief trip to Orange County with a match against Corona Del Mar (4-3) on Monday.