Grady Mercier is the Defensive Player of the Week 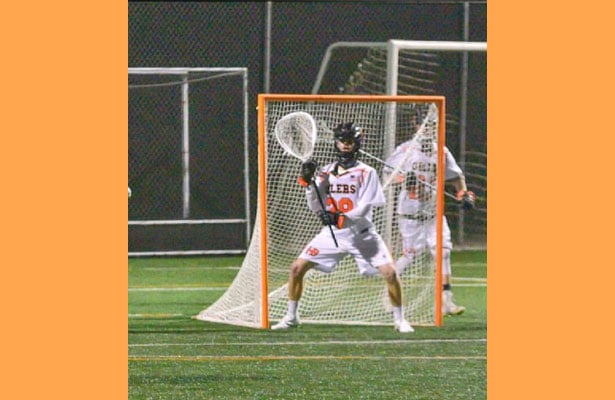 Grady Mercier is the MaxLaxOC.com defensive player of the week. The Huntington Beach goalie made 18 saves in a 9-8 loss to JSerra. He made 11 saves in the first half alone, several on shots from 5 yards and in. The sophomore was under constant pressure as Jserra won all 10 face-offs in the first half.

Huntington beach head coach Ryan Kelaher was very impressed with the performance.  “Grady has been an anchor of the defensive unit and his value was truly shown against JSerra.  In a game where we won 2 of 20 face-offs and still had the chance to win the game with 1:20 remaining underscores Grady’s importance as the defense molds into a cohesive unit.”  Mercier has played big so far early in the season recording 10 plus saves in each game. Although a first year starter, the sophomore has shown enough maturity to be named captain of the 2016 Oilers.

Devin Arkison was a 3X all-American at Hobart college and has coached elite high school teams and offers private instruction for all levels. He can be reached atd_arkison@hotmail.com for private defensive sessions.

Previous articleSmith's 5 Goals Carry No. 1 Loyola Past No. 2 HW
Next articleStephen Von Der Ahe is the Offensive Player of the Week
MaxLaxAll Lacrosse. All the Time.
Southern Section Boys