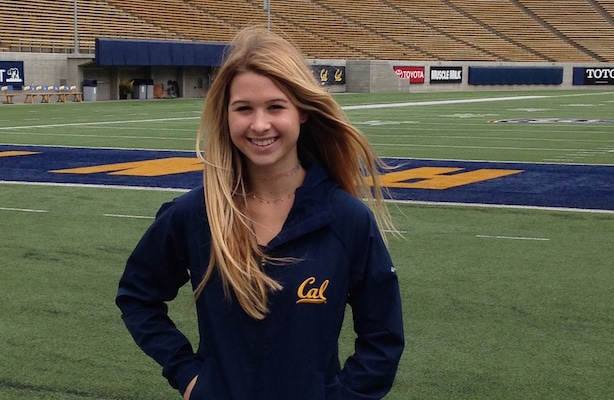 Mater Dei Sophomore, Grace Houser (pictured above), has verbally committed to play  NCAA D1 lacrosse at the University of California, Berkeley (Cal).  This past season Grace had 70 goals, 15 assists, 41 ground balls and won 60% of her draws for Mater Dei. Grace was selected as a first team All County player by both the OC Register and US Lacrosse. Grace  received other D1 college offers, but chose to be a Cal Bear not only for lacrosse, but also for academic  reasons.

In addition, Grace along with her Mater Dei teammate, Mackenzie Wallevand (Fresno State), were chosen this week as Under Armor All Americans. They are the only 2 girls from Orange County selected and will be representing the West team in the All American tournament in Baltimore over the July Fourth weekend. Both girls will also be playing for their West Coast Starz Club team this summer.