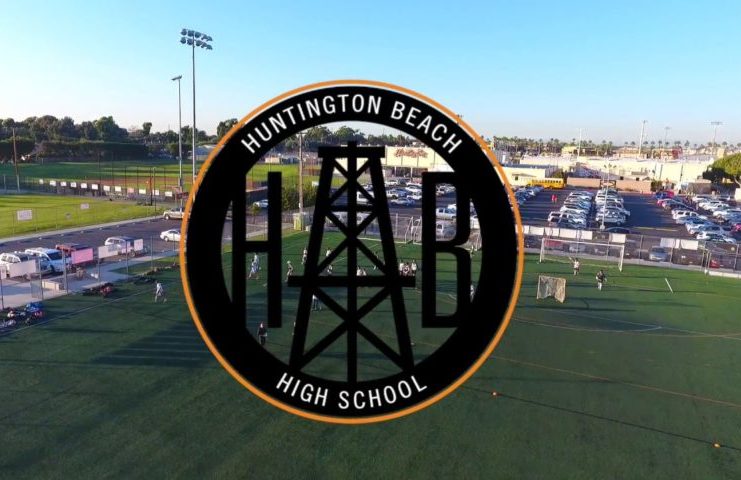 “We all played as one. We had really good transition offense, we had phenomenal transition defense and we were shooting from the back of the goal,” Oilers coach Ryan Kelaher said.

From the opening faceoff to the final whistle, the 14th-ranked Oilers never trailed the 10th-ranked Sailors. Huntington Beach opened up the game with four straight goals, while the Sailors didn’t get their first goal until the 2:01 mark of the first quarter.

“We knew this was a Sunset League game. We’re able to do a lot, it’s just how we’re mentally prepared and how we click. I think we can take down almost anybody whenever,” Goodheart said.

Huntington Beach also displayed stifling defense. The Oilers, which led Newport Harbor 8-3 at halftime, held the Sailors to only one goal in the second half. After being held scoreless in the third quarter, Newport Harbor did not score until the 5:40 mark of the fourth quarter, and by then it was over.

Huntington Beach (3-4, 1-0) got scoring contributions from Donnie Schulte and Kyle Henriksen, who each had two goals. Brandon Womble, Ayden Colbert, and Ricky Masters rounded out the Oilers scoring. Goalie Grady Mercier made nine saves for the Oilers.

“We have the potential of winning league this year. We just got to put our foot on the gas pedal the entire game, and that’s what we did tonight,” Mercier said.

The Sailors (2-5, 0-1) were led by Kyle Duffy who had two goals. Patrick Lynch and Chandler Pearce had one goal apiece for the Sailors. Defensively, goalie Hunter Rausch had eight saves for the Sailors, which lost their second straight game.

“I think it’s important to realize that Huntington Beach is a good team. We’ll bounce, we’ll be resilient. The biggest thing is to teach our boys is resiliency and how to compete, fight through adversity,” Newport Harbor coach Mark Todd said.

The two team will meet again on March 31 at Estancia High School at 7 p.m.

Huntington Beach’s next game is Tuesday at home against Murrieta Mesa at 7 p.m. Newport Harbor plays Corona Del Mar in the annual Battle of the Bay game on Friday at 7 p.m. at Estancia High School.