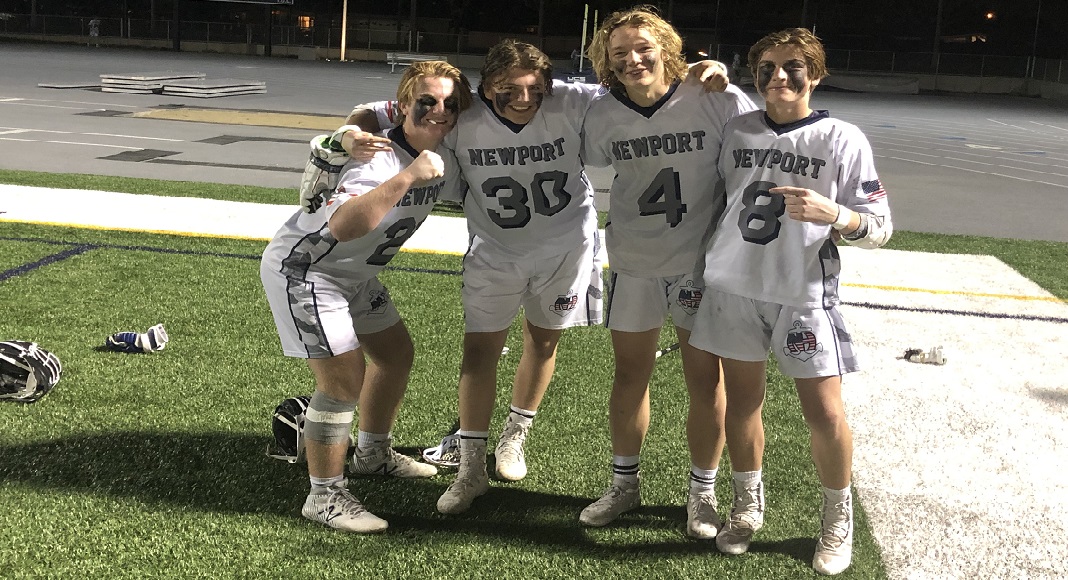 “We did a good job at the faceoff X, and we’re improving there. Our offense was patient tonight with the ball, which is really important,” Sailors coach Mark Todd said.

Todd said his team played a full four quarters against the Wolverines after not doing so in most of the Sailors’ losses.

“We just haven’t been able to put together a full game in four quarters and we finally did so,” Todd said.

The Sailors jumped out to a 5-0 lead in the first quarter and never let the Wolverines close. Two of the Sailors’ goals in the opening quarter were behind-the back goals from Rhett Farmer.

The Wolverines finally got on the scoreboard at the 11:31 mark of the second quarter by capitalizing on an extra man opportunity. The Wolverines built some momentum of that opportunity and were able to get as close as 6-3, forcing a Mark Todd timeout.  The timeout seemed to wake up the Sailors who buckled down on defense and held the Wolverines off the scoreboard until the fourth quarter.

“I’ll give my guys credit, we battled, but Newport Harbor, they had a game plan and they executed it perfectly. They’re a very good team,” Wolverines coach Zach Henderson said.

For the Wolverines, Sean Ibarra led the way with two goals while Carson Poremba, Max Horowitz, Jaedon Gyimah and Mikey Laderer tallied one goal apiece. Will Mankin made six saves for Aliso Niguel.

In addition to Goltz’ big game, Farmer, Bennett Cox and Luke Barnes each had two goals while Hutton Wooters and Michael Morrison both had one goal. Despite having a strong defense and using three goalies, the Sailors only got one save on the night, from Max Hartel.

Both coaches have loaded up on the the strength of schedule in the early going and are hopeful that the early-season challenges will have their teams razor sharp for league play, which begins next week.

“For our program, we’re still growing. We haven’t really played a schedule like this before and I want to show my guys you have to play good teams to get where you want to be,” Henderson said.

“If you want to be the best, you got to beat the best, so we want to keep playing the best teams we can play,” Todd said.

Up next for the Sailors (2-6), their Sunset League opener against Edison on Wednesday. The Wolverines (1-4) open up Sea View League play at Dana Hills on Tuesday.