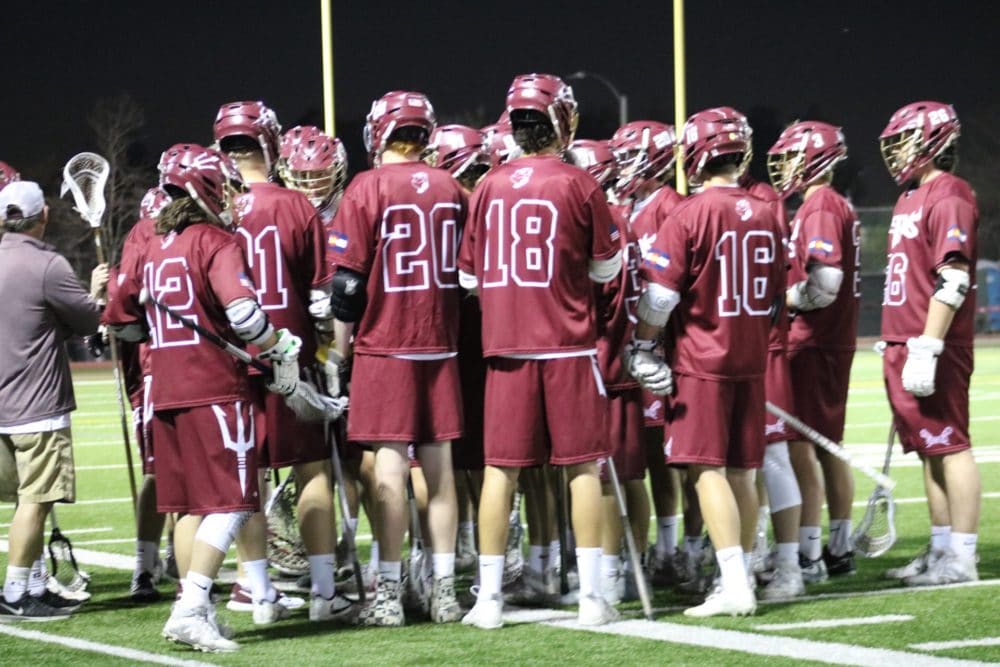 SANTA ANA- The Golden (CO) Demons opened their SoCal trip with a bang, routing  Mater Dei (1-9) 16-5 on Wednesday. Golden (5-1) has now won a modest two in a row while the Monarchs have dropped nine straight contests.

The Demons were absolutely flying offensively in the first half with six goals in the first quarter (three within the first two minutes) and eight in the second, which brought a commanding 14-2 lead into the half. It was a tough half for the Monarchs, who as a team committed nine penalties (they ended the game with 11).

“First half, a lot of flags,” said Mater Dei head coach Johnny Rodriguez. “The refs weren’t letting us play much, which means [Golden] gets a man up.”

After only one goal in the third, Mater Dei kept fighting in the fourth with three goals of their own, but two more from the Demons gave them the 16-5 win.

After the game, Rodriguez talked about the challenges of staying positive when a team’s hard work is not reflected on the scoreboard.

“It’s a nightmare, Rodriguez said. “To be honest, [my players] are keeping me positive. This is the hardest month of my adult life here at 29 years old, trying to find the meaning behind this. How to guide my players, how to motivate my players, what direction to push them in, so it’s not easy. I just need to have faith that something falls into place. Our seniors are giving it everything they have and it kills me inside to see them in their final season whimper away like it has. We’re just one position away from being a dangerous team.”

Golden continues their SoCal trip later today against Great Oak (5-4) while the Monarchs will continue to look for answers when they host Jesuit Sacramento (6-1) on Tuesday.