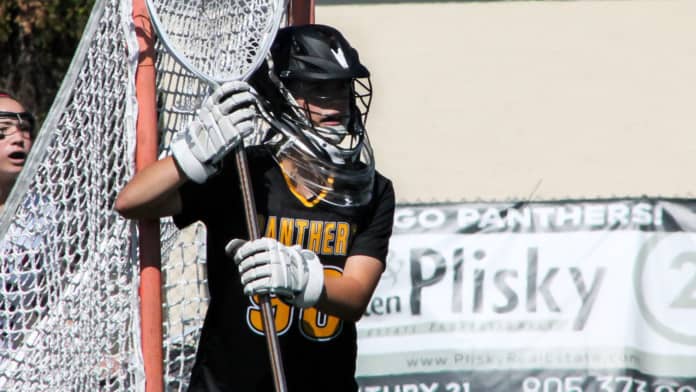 In fifth grade, Newbury Park’s Daniella Guyette played tackle football. She grew up an NFL fan and as a kid was particularly drawn to the uniform.

“I just wanted to,” Guyette said. “I loved the helmet and all the gear that came with it and I’m like, I’ve just gotta play it.”

That same year, Guyette donned another set of gear as she began her first season as a lacrosse goalkeeper.

The goalie on her club team moved away and left the position open, so Guyette volunteered to give it a try. Soon, football was a thing of the past and so was baseball, another sport she had previously competed in.

Guyette was comfortable with the physicality involved with playing goalie — she played tight end in football and catcher in baseball — but she had to work on shedding her quiet demeanor while on the field. 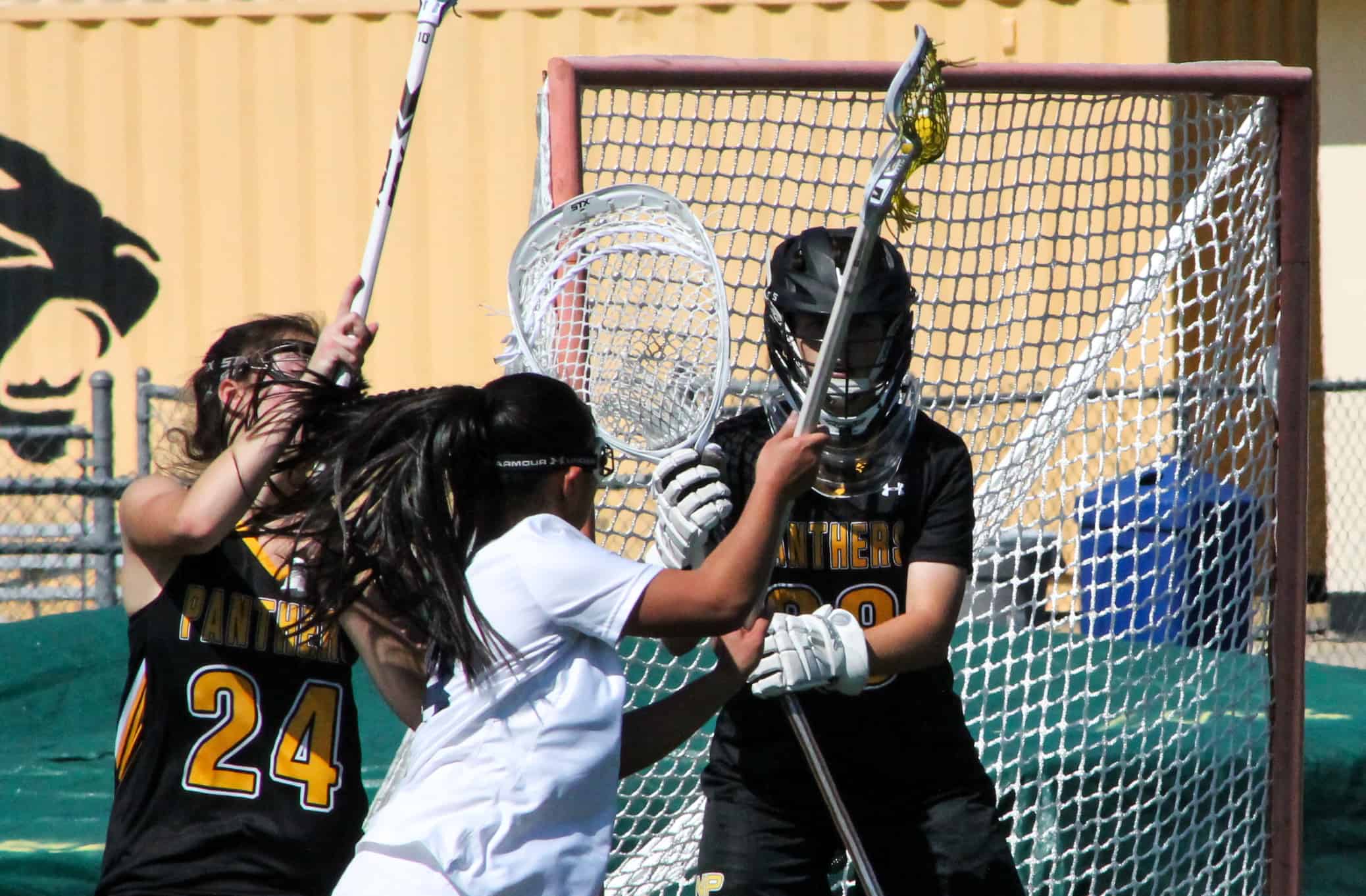 “It was mainly the communication of having to talk about where the ball may be, watching the different cutters because I’m a shy person. It was a good obstacle for me to overcome,” she said.

Gradually, she became more comfortable. She was more outspoken on the field and more outgoing off of it.

“She’s very quiet, highly intelligent, funny,” said Newbury Park coach Michelle Yarger. “I started coaching her when she was in 6th or 7th grade and she didn’t talk, never talked to any teammates. And now she’s the one starting water balloon fights.”

Now, in her most recent season as a sophomore, she ranked second in the CIF-Southern Section in save percentage at 67.5% and third in goals against average at 4.0. She studied opponents on film and broke them down. With Guyette and the defense playing key roles, the Panthers outscored opponents 95-25.

She also helped Newbury Park get out to a 6-0 start and reach the No. 3 spot in the CIF-SS Division 1 polls.

“She forgets. She does not hold anything personal and that’s what every goalie needs,” Yarger said. “She doesn’t wallow in it and she’s determined to get better. She studies.”

Yarger doesn’t think Guyette will peak as a player until college or even after. The goalie has her sights set on UNC and has been sending out film nonstop throughout her sophomore year.

Since concerns over COVID-19 have forced athletes everywhere inside, Guyette has continued to dedicate time to the recruiting process while focusing on maintaining her strength and abilities.

Baseball, one of her childhood sports, is still coming in handy. Her younger brother, a pitcher, has been testing her reflexes by pitching balls at the cage. However, it hasn’t sparked any desire to give up lacrosse for any of her former sports.

“With football and all, there’s only so far I could’ve taken that as well as baseball,” she said. “I’m just glad I found a nice sport that was really for me.”