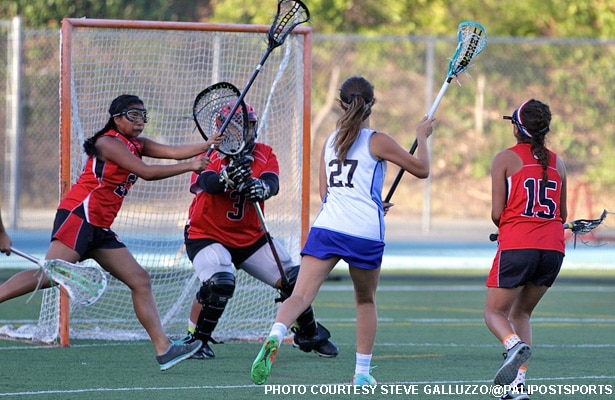 The Glendale girls lacrosse team went 12-6 last season, earned the No. 2 seed in the South bracket of the US Lacrosse Southern Section North playoffs and won its first-round game in overtime over Downey. But the road ended there, as the Lady Nitros were eliminated by Mira Costa 9-8 in Round 2.

The 2016 season is bound to be very different, as head coach Joe Campbell explains:

“Glendale graduated nine senior starters. [Our] schedule is very strong, including eight consecutive road games. [We have] a young team that will need to grow up during the season.”

As Campbell noted, the Lady Nitros play eight consecutive road games to open the season, beginning with a trip to Agoura on March 8. They also play back-to-back games against Chaminade and Oak Park on April 26 and 28. Needless to say, if Glendale survives its tough schedule and qualifies, it will be battle tested come playoff time.