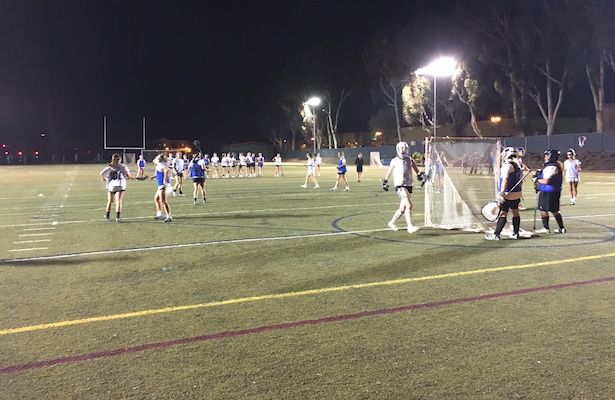 Congratulation to the following young women for being selected to the 2016 US Lacrosse Orange County Chapter National Tournament Team following a three hour tryout this weekend:

Seven alternates were also selected. However, only the 22 who made the team will attend the National Tournament in Bethlehem, PA on May 28 and 29.

A total of 69 high school girls’ participated in the invite-only tryout under the watchful eyes of a seven-person evaluation team. Holly Reilly, the OC Chapter Girls’ Lacrosse Chair, told MaxLaxOC.com “US Lacrosse Orange County deferred to the recommendation made by the US Lacrosse handbook which encourages high school head coaches to make tryout nominations based on player ability.”

Consistent with the US Lacrosse recommendations, players were nominated as candidates for the National Tournament Team by their high school coaches based on the following criteria:

Mater Dei head coach Cressita Bowman was selected as the National Tournament Team Chair. Reilly says “Cressita brings with her a wealth of knowledge. She played field hockey and lacrosse at Lynchburg College, coached previously at Santa Margarita where she earned Coach of the Year honors, and is the current head coach at Mater Dei.” In addition to Bowman and Reilly, the evaluation team included:

Following a short warmup with National Tournament Team Players from previous years, the girls participated in approximately three hours of drills under the watchful eyes of the evaluators. The girls were first evaluated on stick work on the move, left, right hands. They then progressed into a leading pass drill using both left and right hand. Following that there was a 3v3 cross field drill that evaluated their stick work under pressure, their decision making, and their defensive footwork and communication.

Next was a 1v1, 2v2, 3v3 build up drill to assess players’ offensive vision, awareness, decision making, speed, and power/accuracy of shoot. This also assessed defenders’ ability to slide, mark-up, communicate, play disciplined. The evaluation finished up with 7v7 play continuing to assess the players’ offensive and defensive strategy.

The National Tournament will be coached by Foothill High School head coach Kate Hick. Hick played at Duke University and graduated in 2001. She was an IWLCA All-American and All-South Region selection in the midfield during her tenure at Duke.