Girls Game of the Week: Oak Park at Redondo 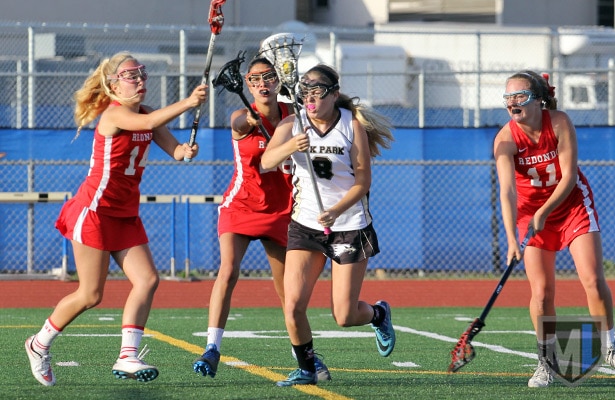 The lacrosse season is in full swing, and it is time to get down to business. Many of the teams looking forward to a strong regular season, followed by the playoffs and the hope of being crowned the Northern Conference Champions, have important games this week. Here’s a look at a few of them:

Game of the Week

Oak Park Eagles at Redondo Union Sea Hawks
Tuesday, 5 p.m.
Last year, the Eagles and Sea Hawks faced each other in the US Lacrosse Southern Section North title game for the right to face the Orange County champ for the section title. It was the second meeting between the teams, and while Oak Park won the regular-season clash 15-6, Redondo won the game that mattered most, 13-12.

Tuesday, we get an early look at the top teams in the North. Oak Park won its opener 15-4 over La Reina, and Redondo has yet to play a regulation game. Both teams participated in the Rose Bowl Jamboree last Saturday, but in a shortened game with a running clock it is hard to tell where they stand in their preparation for the season. We’ll get a glimpse Tuesday.

Redondo needs to reload its offense after losing two impact players and leading goal scorers from 2015. Maddie Farmer graduated, and Allison Shamir moved back to Long Island, N.Y. This year, the Sea Hawks will rely on a senior sister act, with Hailey Vorndran leading the offense and Allie Vorndran on the defensive end.

Oak Park doesn’t need to reload, with 11 of 12 starters from last year returning. However, the Eagles need to finish — they have come up short three consecutive seasons, losing in the North title game. Led by their top three scorers from last season — Morgan Shorts, Julia Gilliam and Ania Brown — and senior defender Emma Barrow and goalie Meggie Sheehan, the Eagles should have the inside track.

Other key games this week