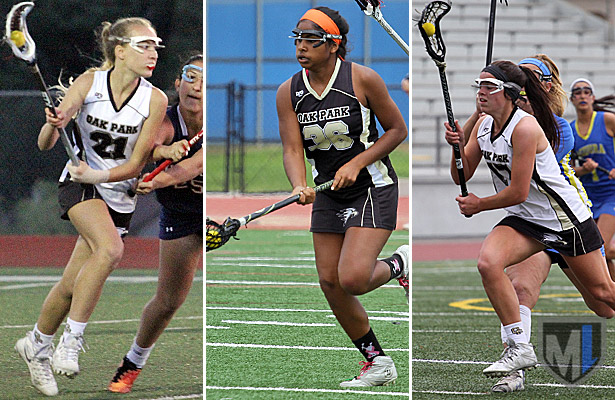 The three Eagles were joined by Agoura’s Lauren Harrison, Chaminade’s Emma Dawson and Landry Carrera of Palos Verdes. Oak Park coach Courtney Schneck was selected Coach of the Year after leading the Eagles to a 16-4 record and the U.S. Lacrosse L.A. Division championship.

Oak Park and Birmingham each had two players voted Academic All-Americans, and Birmingham’s Genesis Discua was the recipient of the Jackie Pitts Award, which “recognizes a graduating senior in each chapter who truly honors the game of lacrosse, is invested in the development of the game in her community, is an exceptional player who continually strives to improve her game, and is an exemplary member of her team.”

The awards are voted on by the coaches within the LA region.

Coach of the Year

The complete list of girls All-Americans from across the country can be found on the US Lacrosse website.