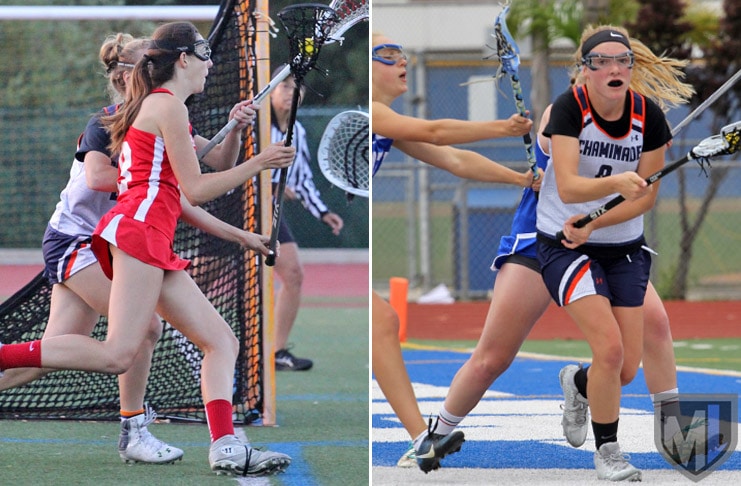 Juniors Alison Shafer of Redondo Union and Cate Mackel of Chaminade, whose teams met for the LA championship last month, were named US Lacrosse Girls 2017 All-Americans by the Greater Los Angeles chapter.

Shafer, a midfielder, was the leading scorer for the LA-champion Sea Hawks, totaling 83 points in 18 games this season (4.6 per game) on 45 goals and 38 assists. Redondo finished the season with a 17-5 overall record, beating Chaminade for the LA title but losing to Mater Dei in the US Lacrosse Southern Section championship game.

Mackel, at attacker, was the focal point of Chaminade’s offense, leading the Eagles to their first appearance in the LA title game after two previous semifinal losses. Mackel scored seven goals in a semifinal win over Cate but was held scoreless by a double- and triple-teaming Redondo defense in the championship game. Earlier in the season, Mackel had scored three goals and recorded two assists as Chaminade beat Redondo Union for the first time ever.

West Ranch senior Audra Kim was named recipient of the Jackie Pitts Award, described by US Lacrosse: According to US Lacrosse, “This award recognizes a graduating senior in each chapter who truly honors the game of lacrosse, is invested in the development of the game in her community, is an exceptional player who continually strives to improve her game, and is an exemplary member of her team. She exemplifies the spirit of the game, on and off the field. Academically, she is an outstanding student and a valued role model in her school.”