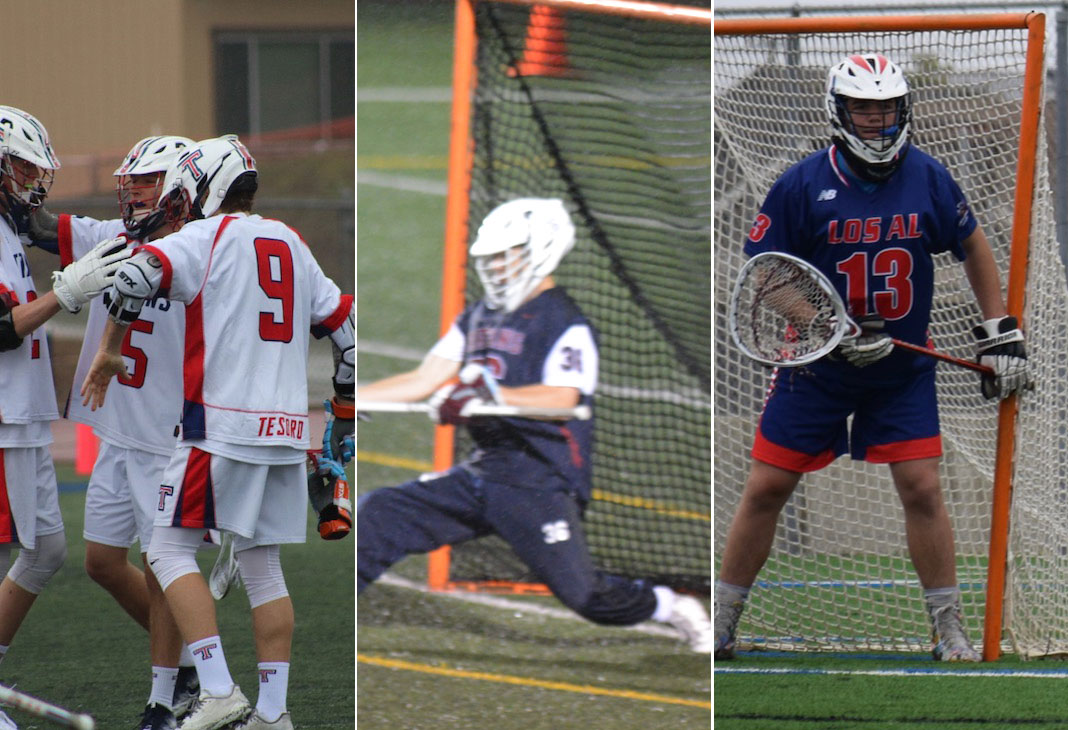 Gibson played a big part in Tesoro’s emotional 13-6 win over rival Santa Margarita on Saturday. His five goals and emotional leadership were invaluable to the Titans on a rainy afternoon.

Handy has come up big when the Tartans have needed him the most. Last week, Handy lived up to his name as he recorded a combined total of 24 saves in St. Margaret’s wins over Cathedral Classic and Harvard-Westlake.

Murray has been a  busy man this season.  Last week he made 20 saves in a 13-8 loss against Foothill last Tuesday and 12 saves in a 19-7 win over Sunset League rival Edison last Saturday. He currently has 72 saves on the season.