Get to Know Jesse Foss 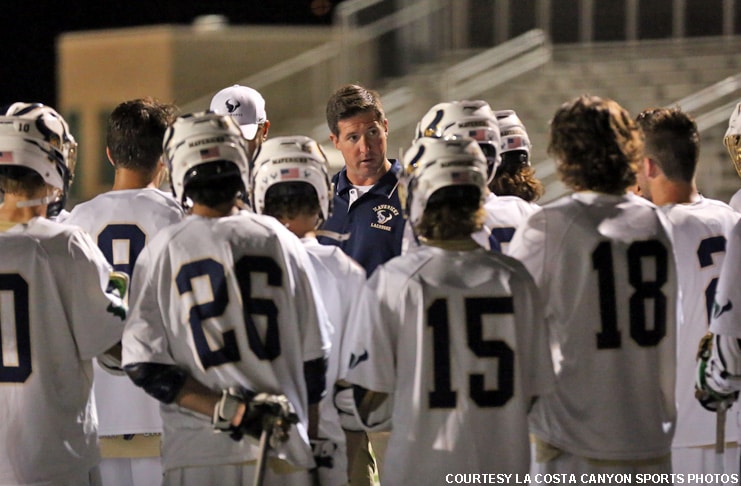 Jesse Foss is the current head coach at San Diego powerhouse La Costa Canyon. He brings the knowledge and pedigree of Long Island lacrosse to Southern California, and his results speak for themselves. Since being at LCC, Foss has led the Mavericks to several CIF titles and playoff appearances. He has done much to spread knowledge and talent in the game, resulting in several players making it on to college lacrosse rosters. Players include Cameron Ziegler, Kyle Mummau, and Johnny Gavin, to name a few.

Q: Tell us about your lacrosse background.  Where did you play? How long have you been coaching?

A: I grew up in Levittown, New York on Long Island.  I started playing lacrosse my freshman year of high school because all my friends played.  I went on to win a junior college national championship at Nassau College and spent my final two years at Stony Brook University.  I spent 2002 as an undergraduate assistant at Stony Brook and then moved out to California.  I have been at La Costa Canyon ever since serving as the head assistant from ’03-’10 and the head coach from ’11-present.

Q: Do you like to give inspirational speeches to your players before the game?

A: I am not a big rah-rah guy.  I couldn’t stand it when my coaches gave speeches so I save my kids from hearing mine.  Games are about the players so I let them handle the pre-game speeches.

Q: Would you say you are quiet on the sidelines or do you speak up?

Hopefully, if I did my job in preparing the team for the game in practice, film review, etc. there shouldn’t be much too much to say on game day.

Q: Did you have a pre game ritual as a player? what was it?

In high school I would sleep with my stick next to my bed the night before every game.  I guess in college I did the same thing but that was because I was living in a cramped dorm room.  Other than that I always re-tape my stick before every game.

A: Winning the 2012 CIF Championship was without a doubt the most amazing game I have witnessed.  We were down by 2 goals with under 2 minutes and Tom Riis just decided we weren’t going to lose.  The crazy thing was I almost didn’t play him because he had played poorly throughout the playoffs.  I decided win or lose he was my senior captain and he was going to play.  Forty-eight minutes and a couple of overtimes later we were CIF champions because of Tom Riis.

Q: What is the best movie of all time?

Q: Give us a five song playlist for a training run

Q: What one piece of advice do you have for the young player looking forward to playing in high school

A: Hit the books, hit the wall, hit the gym in that order.

Q: What one piece of advice do you have for the high school player hoping to play in college

A: I think it is important that parents and players take the time to sit down with their high school coach and listen to their evaluation of the player, what level they thing they should target, and what recruiting events make the most sense.